Miami reportedly interested in more than one former Steelers player

The Arizona Cardinals are known as Steelers West for the amount of former Steelers players and coaches among their franchise. Miami is apparently looking to grab the flag of Steelers Southeast.

The Arizona Cardinals have players, coaches and likely towelboys in their organization with direct ties to the Steelers. It's become known as Steelers West.

In what's basically a foregone conclusion, wide receiver Mike Wallace is expected to sign a contract with the Miami Dolphins when the NFL's league year begins at 4 p.m. ET Tuesday, March 12.

NFL.com reporter Daniel Jeremiah either just pounded a few Jack and Cokes, or that buzz he hears really is running back Rashard Mendenhall's name beginning to bounce around Dolphins camp.

Mendenhall isn't expected back in Pittsburgh for 2013, after playing five somewhat outstanding and somewhat injury-filled seasons in Pittsburgh.

He was unceremoniously deactivated late in the 2012 season, which led him to simply not bother attending the game at all. He claimed he didn't know he was supposed to be there, apparently never having noticed the guys in sweatpants around him were sometimes the same guys in position meetings with him. 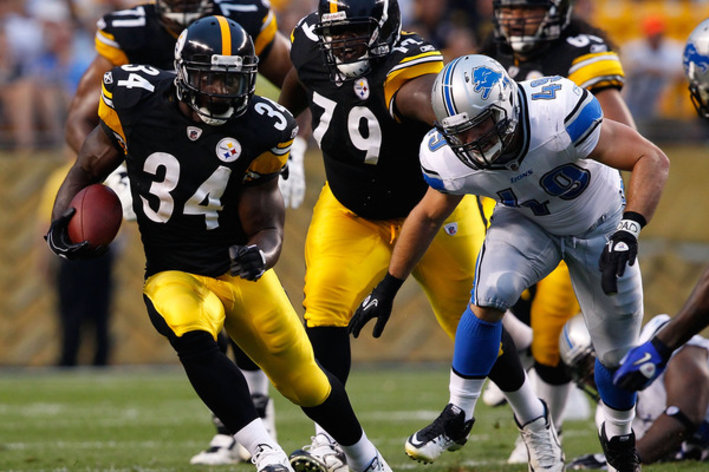 Steelers running back Rashard Mendenhall was suspended for one game in 2012.

Regardless, he could be a decent pick-up for a team in the market for a veteran runner. Miami is looking more to have Lamar Miller be their main guy, but Mendenhall could get paid handsomely to be a secondary back there.

And a good one, too. When healthy, Mendenhall's been a very productive player.