When in doubt, go with The Judge. Kansas State linebacker Arthur Brown is a possibility for the Steelers with the 17th overall pick in the upcoming NFL Draft, and this community mock has him coming to Pittsburgh, along with a receiver (second round) and a safety (third round). 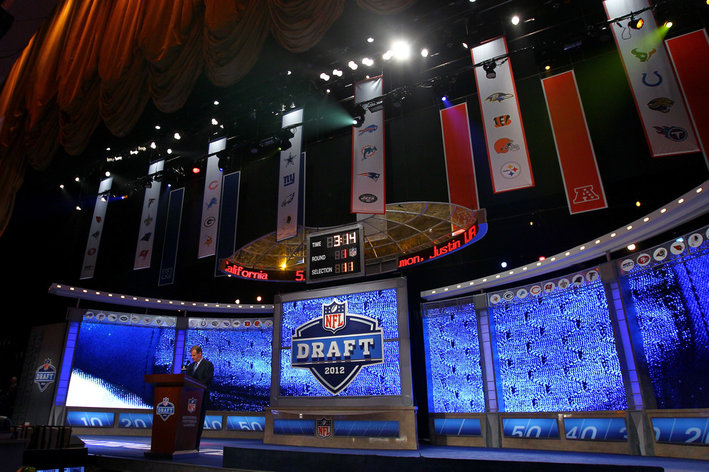 Check out each pick and all the commentary going along with it in this year's SB Nation Community Mock Draft.

When it boils down to it, I just have a feeling in my bones that this will be our pick in April. The Steelers have already met with Brown and were probably just as impressed, if not more so than other teams when he dazzled at his pro day in his position drills. The Steelers were all set to draft Dont'a Hightower a year ago before David DeCastro fell in their lap. Now, with Sean Spence having issues from recovering from that devastating knee injury he suffered in the preseason a year ago, it seems the Steelers are still in need of a linebacker to pair inside with Lawrence Timmons.

Since the story broke about Manti Te'o imaginary girlfriend broke, and maybe even before then Brown has distinguished himself as the best 3-4 ILB candidate in this draft. He's said to posses top-end speed for a linebacker and hang with tight ends and slot receivers in coverage.Brown, while being a quiet and mild-mannered player off the field, is a tenacious defender on it. Nicknamed "The Judge" by teammates, Brown uses his closing speed to take down offensive players like a cheetah takes down a gazelle (is any of this sounding familiar? I can think of a similar player already in Black and Gold). To give you an indication of just how fast he is, consider that Kansas State was comfortable letting him shadow Robert Griffin III last year, when Griffin was a senior at Baylor. He's not all speed and finesse however, as scouting reports around the web have documented well, Brown plays with great leverage that allows him to take on much larger lineman and stand them up to break up the play. Some are concerned that this will lead to extensive shoulder injuries (he's already had one in college), while others believer the heavy duty linemen will be able to move him regardless of how low he comes into a block.

When all is said and done, I think Brown could be one of those rare players that comes in and starts in their rookie year for the Steelers defense. It's blasphemy to suggest this, but with Larry Foote getting older and slower, it's hard to think Mike Tomlin would keep sending Foote to cover running backs like Ray Rice while he has a weapon like Brown at his disposal. Plug him in with Timmons and let those two wreak havoc.

They call him The Judge 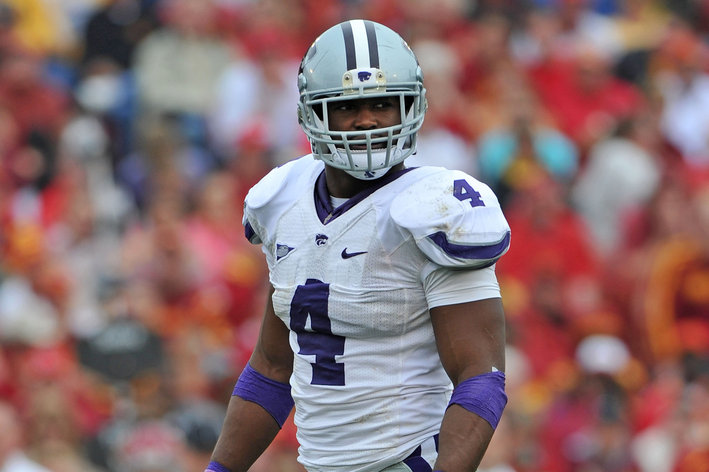 Dobson is a guy that's gaining some momentum in the media lately and for good reason. After seeing Mike Wallace leave for South Beach, and Emmanuel Sanders possibly going to Foxboro, the Steelers may find themselves in desperate need of a play maker at receiver. Even as it stands now, with Sanders still on the roster, the Steelers could add some young talent to give Ben options for the future to go along with Antonio Brown and Emmanuel Sanders.

With a strong build of the 6-foot-3, 210 pounds Dobson is the answer to Ben Roethlisberger's prayers of finding him a big receiver. Wasn't there another big receiver the Steelers took who turned into one of the biggest busts in their history? Yes, but as mockingthedraft.com points out, Dobson didn't drop a pass in 92 targets last year (this video seems to refute this claim). Regardless of the actual drop numbers, Dobson has is regarded to have some of the better hands in this year's draft class.In perusing various scouting reports, the common strengths I have found have been Dobson's ability to not only catch the ball but win jump ball battles. Additionally, he's a tough-tackle and can stretch plays out by fighting for additional yards. Dobson is also a surprising deep threat. He surprised some people when he ran a 4.42 at his pro-day after being unable to run on his pro day.

Scouts do have concerns about the level of competition he faced while playing at Marshall and subsequently whether his ability to separate will translate to the NFL. It should be noted that Dobson did have a good week of practice at the Senior Bowl but a overall pretty quiet game. This could be largely due to the lack of talent both teams had in the game.

I like Dobson a lot. It seems he has the tools to be something special in this league. When Robert Woods went two picks ahead of our own, the decision was not hard. It will be interesting to see if the Steelers share my sentiments.

I'll admit I was pretty flustered when it came to be my turn to pick at this spot.

Shockingly, players like Robert Alford, Jordan Poyer, Ryan Swope, Gavin Escobar, and every running back not named Eddie Lacy and Giovanni Bernard were still on the board. Any one of these guys could easily have the Steelers front office running to the podium, but for the sake of realism I tried to pick the player that the best chance of still being on the board at 79 that also fit the "BPA" requirement. Shawn Williams could fit both these requirements.

There were others like Trevardo Williams and John Simon who I thought about taking as well. What it came down to was the fact the Steelers have made it pretty clear they're looking for a young safety. I feel that the front office is more confident in their young pass-rushers than most fans, and will be willing to wait it out till the 4th round or later, provided they don't have a high grade on players like Simon or Trevardo Williams.

As for Shawn Williams, this guy reminds me a bit of Ryan Clark. If you do your homework on him, you'll find a fiery competitor who does well playing in the box and in zone coverage. Here's a gem from CBS's Rob Rang:

While his partner in the deep patrol -- free safety Bacarri Rambo -- gets most of the headlines due to his ball skills (16 career interceptions), Williams is the more consistent open-field tackler, has four interceptions of his own and is highly regarded by the coaching staff for his selfless play, toughness and versatility...He showed the leadership traits coaches love when he switched from his customary strong safety position to inside linebacker when injuries took their toll on the team early his junior season.

While Rambo has struggled with off-the field issues, Shawn Williams has been a steadfast leader for the Bulldogs defense. He made headlines back in October when he called out teammates for being too soft. Some may consider this too brash, and in previous years Steelers veterans have said that they don't need the "rah-rah" guys in their locker room to get motivated. I doubt Williams will enter the NFL, acting like he runs a locker room. I don't know him personally, but if the sentiments of his coaches are anything to go off of, it seems he's smart enough to understand what his role as a rookie will be. Personally, I miss the Joey Porter personality. This team hasn't lacked any passion since his departure, but sometimes when things go sour there's that "deer in the headlights" lethargy up and down the sidelines. Sure Ryan Clark and Maurkice Pouncey have been known to get animated in these situations, and I'm sure there are others, but I think Williams' could serve as the next generation of "spark plug" when all the members of the old guard are retired.

Check out all of SB Nation's Mocking the Draft features and news stories, and see who the Steelers selected in the ongoing Bloggers Mock Draft.