Does Mike Tomlin's Competition Committee appointment mean anything to the Steelers? Do the Steelers personnel decisions show a team in transition? What to do about Emmanuel Sanders? Answer these and other Burning Questions on the Steelers.

Share All sharing options for: 5 Burning Questions on the Pittsburgh Steelers Trials and Tribulations with Free Agency

The Pittsburgh Steelers may find themselves in a sort of limbo period between the free agency and the draft, but plenty is going on to leave Steelers Nation with 5 Burning Questions to settle.

1. Almost since Mike Tomlin was hired, Roger Goodell's or at least Ray Anderson's version of "Blind Justice" has zeroed in on the Pittsburgh Steelers its scapegoat in their quest to create a kinder, gentler, NFL. Now Tomlin is a member of the all-important rule making competition committee.

What impact will Tomlin have there?

2. Mike Tomlin explains "The Standard is the Standard" in simple terms: Making it to the NFL means you're in the top 0.5% of football players in the world, and therefore you're capable of "a winning" performance. Steelers Chairman Dan Rooney recently told the Pittsburgh Post-Gazette's d Bouchette, "...You can't say that if you get your first-line guy hurt that you're going to put one of these [first or second year] guys in here and they'll play the same." 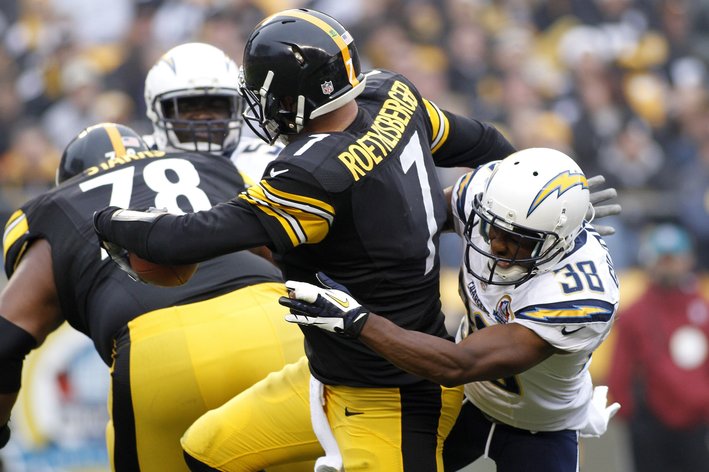 3. Does the Steelers decision not to bring back James Harrison at a rock-bottom salary mean that they are a team in transition, despite Kevin Colbert's protests to the contrary?

4. Ahmad Bradshaw and the Steelers appear to be courting each other. Historically speaking, which former Steelers free agent running back pick up provided the best bang for the buck? John L. Williams, Erric Pegram, Duce Staley, or Mewelde Moore? (Extra credit: Does Duce Staley qualify as a free agent bust?)

5. After at least one false alarm, the New England Patriots have signed Emmanuel Sanders to a restricted free agent tender. Should the Steelers match the offer or take the third round pick?

Before giving you the traditional "Have at it Folks" signal, let me just say hint that you might want to bone up on your Cowher-Donahoe era draft history before next week's edition of the 5 Burning Questions....

...Stay tuned. Meanwhile, Have at it!