Agent for Steelers wide receiver Emmanuel Sanders casts shadow over possibility of keeping his client in Pittsburgh for the long haul.

Share All sharing options for: Sanders agent says Patriots weren't the only team to offer him a contract

Jordan Woy, agent for Emmanuel Sanders, the Steelers wide receiver who nearly departed for the blue and red of the New England Patriots in restricted free agency, said his client had "several teams who made offers," casting doubt over the idea of Sanders staying in Pittsburgh beyond 2013.

This quote appears in a Post-Gazette article written by Ed Bouchette.

"We had several teams make offers in free agency so we know there are teams who really like Emmanuel. It would have to be a very good deal for us to sign a multiyear agreement."

Instead of receiving a third-round pick in exchange for Sanders now, if the Steelers lose Sanders to free agency in 2014 - which is at least a solid possibility - they will receive a compensatory pick in 2015, the level of which will be determined by the size of whatever contract Sanders signs next year and how well he does, along with dozens of other factors.

Considering none of Woy's statements will be verified, it can be hard to accept the word of the man who's job is to make his client appear as marketable as possible, even if the statement doesn't take into account the fact Sanders has fewer than 100 catches in his three-year career, and has spent much of it on the team's injury report. 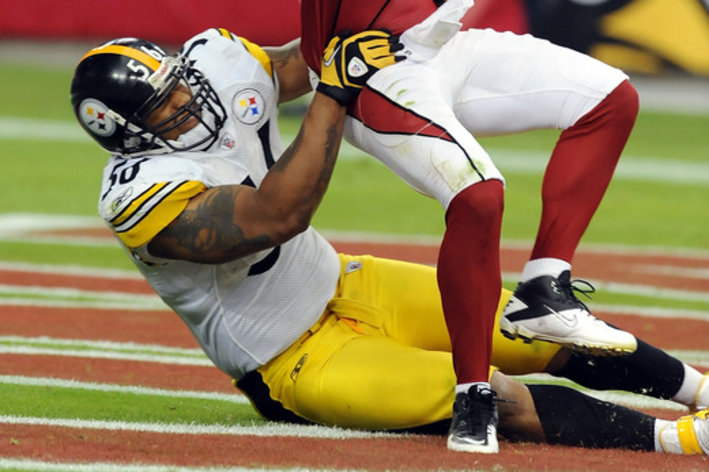 BTSC writer Neal Coolong wonders if the Steelers potential target of a receiver high in the 2013 NFL Draft will now change, or even be magnified, due to the retention of Emmaneul Sanders.

Still, Sanders has shown, when healthy, to be an effective receiver, and with the starting split end position all but locked up for 2013, it could be a breakout season for him.

The question would be, then, if he has that breakout season, do the Steelers have any chance of retaining him? If not, it'd be the third split end since 2010 to leave the team.