A failure to match any offer sheet given to restricted free agent Steve McLendon would not yield compensation for the Steelers.

Share All sharing options for: Steve McLendon visited with the Green Bay Packers

No offer sheet has reportedly been signed, but the visit itself, combined with the lack of compensation, could make the fourth-year player an attractive option for a team in need of defensive line depth - like the Packers.

If McLendon signs an offer sheet the Steelers do not wish to match, he will leave without compensation since he was not drafted. 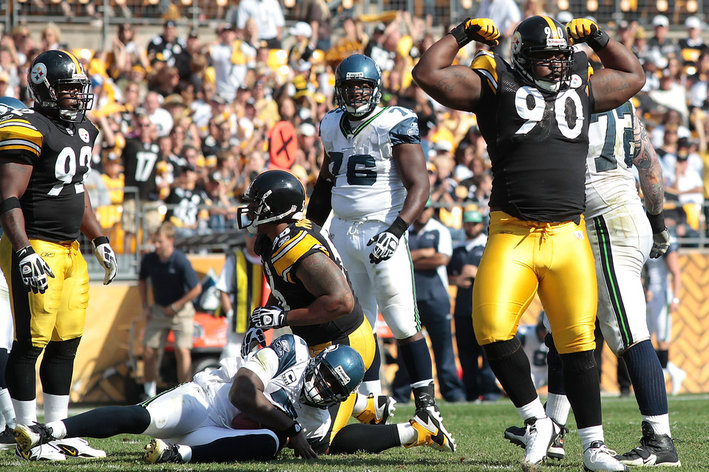 It was questioned whether Steelers seldom-used NT Steve McLendon would garner any interest in restricted free agency when he was given a $1.3 million tender offer this offseason.

This comes as something of a surprise, considering the general lack of playing time McLendon received from the Steelers in 2012. The tender offer itself, $1.3 million, is the same amount given to wide receiver Emmanuel Sanders, who signed an offer sheet with the New England Patriots that the Steelers eventually matched.

Running backs Jonathan Dwyer and Isaac Redman also were given original round tender offers. Dwyer signed his quickly after it was given, but Redman has not yet done so.

McLendon was considered to be the likely starter at nose tackle this year.

Teams have until April 19 to make offers to restricted free agents, meaning, if the Packers were going to make an offer, they would need to do it quickly.