5 Burning Questions on the Steelers Draft History: The Cowher-Donahoe Edition

Bill Cowher and Tom Donahoe made a great team, until they didn't. But along the way they made the Steelers a contender, and put into place key pieces for two championship runs. Today, as part of our run up to the 2013 NFL Draft, you get to evaluate their collective record.

Share All sharing options for: 5 Burning Questions on the Steelers Draft History: The Cowher-Donahoe Edition

Bill Cowher and Tom Donahoe made a good team. At least at first.

Although Steelers Nation's first glimpse of the tensions between the two came after Fog Bowl II, we now know that the Cowher-Donahoe relationship began breaking down much earlier.

Personality differences didn't stop the two men from forging a roster that weathered an annual exodus of free agency defections only to contend for much of the 1990's. Look closely, and you'll see Donahoe's finger prints on important pieces of the Steelers Super Bowl XL and Super Bowl XLIII championship teams.

Now, as part of Behind the Steel Curtain's run up to the 2013 NFL Draft, this week's edition of the 5 8 Burning Questions on Steelers Draft History: Cowher-Donahoe Era lets you review the Cowher-Donahoe era draft record.

The rules are simple. For each round we've highlighted the duo's top draft choices, and its your job to select the best one from each round.

Also note that obvious busts have been omitted but, if you want to argue that Jeremy Staat really was the best 2nd round pick of that era, by all means feel free to do so. 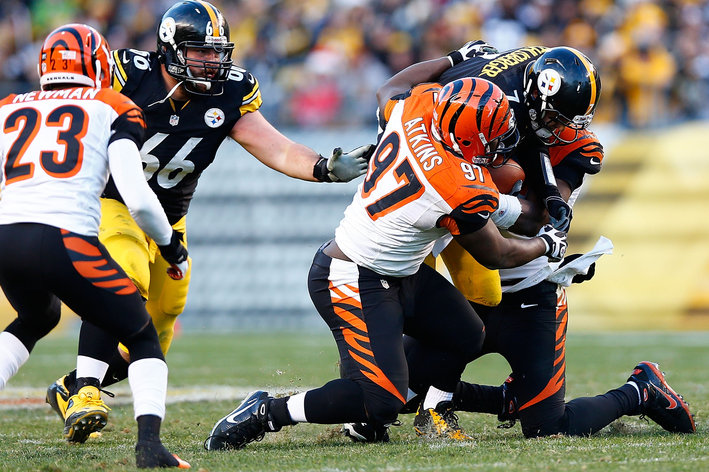 (Extra credit question: Accounting for the busts which have been omitted, which round was Donahoe-Cowher'scollective best?)

Remember, you're selecting the best one player from each round. Show your work. Defend your choices. And remember to use a No. 2. dark pencil. Have at it folks!