The Pittsburgh Steelers made it a priority to keep the restricted free agent, just a day after McLendon met with the Green Bay Packers.

The Pittsburgh Steelers announced that they have signed nose tackle Steve McLendon to a 3-year contract. 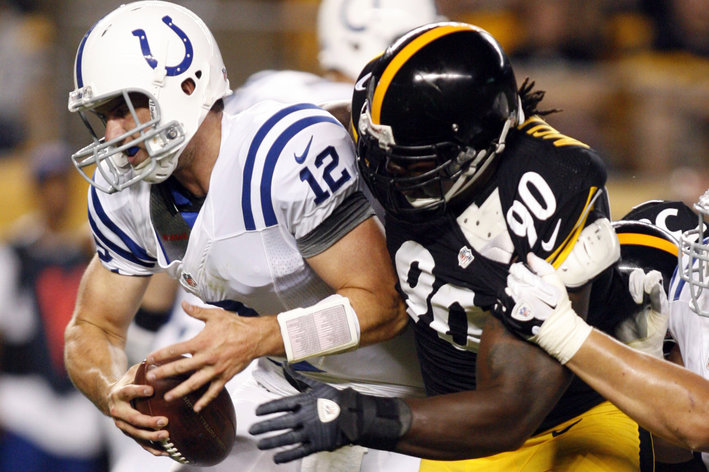 The Packers need depth on their defensive line, and would not have to give up any compensation in return for McLendon.

Originally an undrafted free agent in 2009, McLendon was given a restricted free agent tender of the lowest level (original round) that would have yielded no compensation for the Steelers if another team could successfully poach him with an offer sheet. So thanks go out to the Green Bay Packers for their interest in the young lineman, and providing a credible threat to Colbert and company.

According to ESPN's Adam Schefter, the 3-year contract has a total value of $7.25 million, with a signing bonus of $1.675 million. Schefter also mentioned that McLendon will receive $5 million over the first two years.

That makes sense given the Steelers' salary cap situation -- a small signing bonus (that prorates to just $558,000 per year) coupled with what is presumably a low first-year base salary (just to fit within the tight confines of this year's cap mess), that will then grow quite a bit in the second and third years of the deal.

Does this close the door on Casey Hampton's return to Pittsburgh?

There probably would have been some urgency to bring back the aging veteran if McLendon did leave, as no one wants to go into Week 1 with just Alameda Ta'amu and Hebron Fangupo at nose tackle. They're both young, raw and inexperienced -- only Fangupo has appeared in a regular season game, and he only did that once (with the Seahawks). Additionally, Ta'amu still needs to learn what is and is not ok to tweet out given his troubles with the law.

Read more: Ta'amu tweets pic of himself with a bottle of whiskey in the car

But the Steelers' investment in McLendon brings with it the expectation of greater playing time, so it looks unlikely that Hampton will be back - unless he is willing to sign for the veteran bare minimum to be a back up.