The Steelers' London opponent is up with their first selection in the 1st round, and BTSC user Michael Uhlhorn has the pick.

The Minnesota Vikings gave us an amazing story last year, and one player in particular overshadowed serious flaws in the team to lead them to the playoffs.

The Vikings now have two 1st-round picks after sending wide receiver Percy Harvin to the Vikings (Spoiler alert!! More on that in two picks...) and are a team that still has holes to fill if it wants to legitimately challenge the Packers in the NFC North. Minnesota could definitely use a wide receiver to replace Harvin, as the player at the top of their depth chart is currently Jerome Simpson - an unremarkable former-Bengal. Ouch.

We still have some great options available such as DeAndre Hopkins (a personal favorite of many on this blog), or maybe the Vikings believe Keenan Allen is the perfect player to replace Harvin. Both players would be quality selections who would immediately become the best WR on the roster. However, without a quarterback that can really use their abilities, which is something Christian Ponder is not, selecting a great WR here at No. 23 isn't a necessity.

If you can make any game a low scoring game, Adrian Peterson will lead you to more wins than losses.-Michael Uhlhorn

What Minnesota needs - and what every NFC North team needs - are players that can prevent Aaron Rodgers from winning games on his own. The Vikings are not equipped to win a shootout with the Packers, and beating the Packers should be the first and last priority of the Vikings - because the same principles that would take down the Packers would also take down other high-powered offenses like San Francisco, Denver, and New England. Having a defensive front that can disrupt the passing game should be the most important draft-day decision for a team that depends on the run on offense. If you can make any game a low scoring game, Adrian Peterson will lead you to more wins than losses. 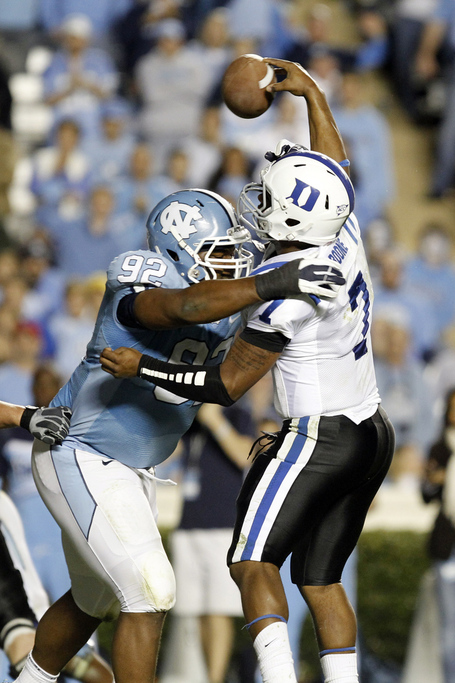 The Williams brothers are back! At one time, Kevin Williams anchored the middle of the defense alongside Pat Williams, and now Sylvester Williams will step in to fill the massive shoes of the latter. Minnesota fans have to be thrilled to have the chance to pick up not just the best player on the board, but someone at a position of need.

Williams is streaky defensive tackle, but when he is on a hot streak, he is as dominant as they come. Pair him with a veteran who can still effectively clog the middle even though his best days are behind him, and the Vikings will get at least one season of a pretty dominant pairing inside. Their defensive line has aging pieces, but those same pieces can still make it one of the more dominant in the NFL.