The Steelers' London opponent is back up with their second selection in the 1st round, and BTSC user Michael Uhlhorn again has the pick.

I spent time breaking down the Minnesota Vikings' needs in the post for their last pick, so let's get right to the selection.

Let me start by saying how gullible those of you were who read "Spoiler alerts" and assumed I was going with a WR here.

Instead, the Vikings will spurn their need for a wide-receiver in this round, and instead make the biggest surprise pick in the history of professional or amateur sports: 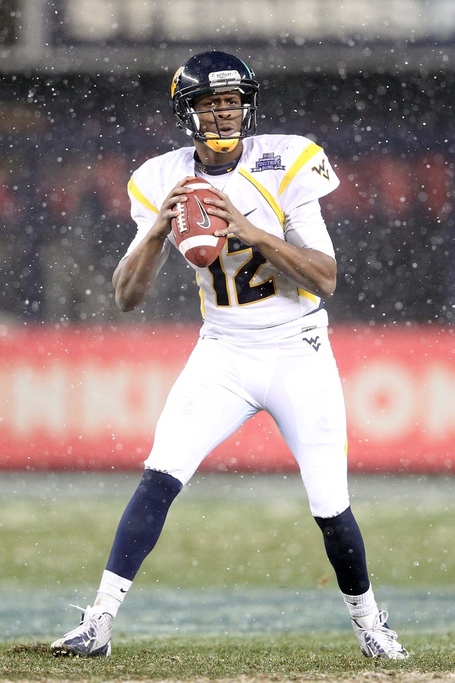 Nobody believes Christian Ponder can lead this team to the playoffs on his own, and he has been fortunate to have the great Adrian Peterson shouldering the load so he doesn't have to. Geno Smith would provide a dynamic player that - when teamed with such a dominant running game - could lead this team to a playoff win or two as soon as this season.

The Vikings still need a WR, but I would look for them to draft one of the mid-round talents if they can secure a superior franchise QB at the end of the 1st round -- something that teams usually don't have the chance to do. In my opinion, there isn't another QB who will develop into a quality starter in this draft, and this is the type of pick that allows a franchise to retool without having to actually rebuild from scratch when Ponder eventually flames out.

Sorry, Green Bay, Geno Smith is off the board.