Remember when a second-year safety in Denver made the key play (or lack thereof) to snatch defeat from the jaws of victory?

Didn't hear back in time from the user that had signed up for the Denver Broncos' pick, so I stepped in here to keep it moving. -barnerburner

In light of inexplicable events earlier this offseason, the top priority for the Denver Broncos should have been acquiring a bulk order of fax machines that the organization could hand out to any player they are interested in negotiating with.

Assuming that has been satisfied, their new top priority logically could be replacing Elvis Dumervil. They need someone opposite Von Miller, and Robert Ayers never actually turned into the player the Broncos thought he would when they drafted him with the 18th overall pick in 2009.

Cornelius "Tank" Carradine is a legitimate option here, but my priorities are slightly different. My priority numero uno is to ensure that the above image never happens again. If you forgot what actually happened there, here's a video (warning: NSFW language from an unimpressed Denver fan).

No Ravens to the Super Bowl if the Broncos have a decent safety that can deflect that high-hanging rainbow. At the very least, Ravens are still a longshot to tie the game with less than 30 seconds on the clock and zero timeouts remaining if the Broncos have a competent safety that does not take himself completely out of the play with an absolutely awfully timed jump-and-fall-on-his-butt, which as a bonus, also gets in the way of the corner and ensures that no one can tackle Jacoby Jones before he reaches the end zone.

With the 28th pick in the draft, the Denver Broncos select Matt Elam, S, Florida. 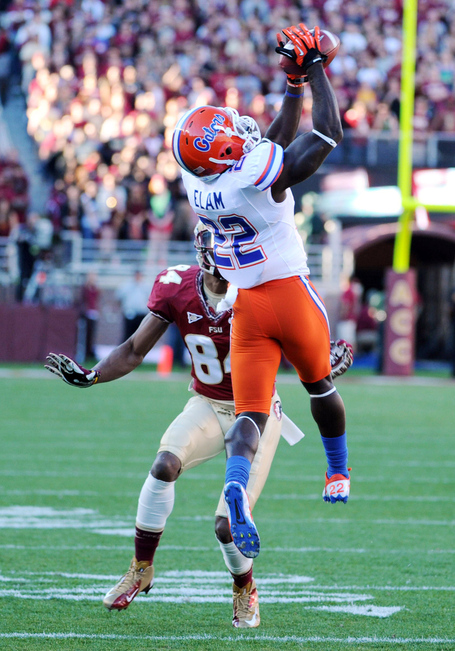 Remember that old Moore to the Steelers talk? 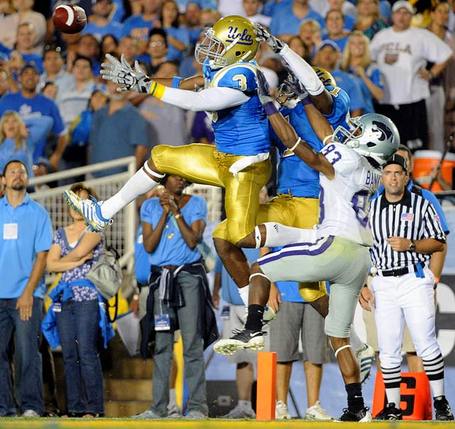 Once upon a time, Rahim Moore was considered a potential 1st round option for the Steelers - back when he could judge time and space and determine where he needed to be to jump for a ball.

Honestly, I'm not really particular about which safety to take here; I'm partially assuming that any warm body with a pulse can make a better play on that ball than Rahim Moore did.

Matt Elam seems like he could be the second best safety in the draft (after Vaccaro), so he's good enough for me. Most people seem to see John Cyprien as a strong safety, Eric Reid is usually described as a free safety, but depending on who you ask - Elam can project to either. I have no idea, so we'll just chalk that up as "position flexibility" for now. Even if Elam does not directly supplant Moore at FS, maybe someone who has been a SS can switch and do a better job (bar isn't particularly high at the moment).

Ram_india did get his pick to me of Manti Te'o for the Broncos, but later picks had already come in by then and it was too late for me to change it. It was a good write up though, and I'm still trying to figure out where/how we might make use of it.