Which quarterback will the Steelers take in the 2013 NFL Draft?

It seems like a question of when, not if, the Steelers will draft a quarterback.

Share All sharing options for: Which quarterback will the Steelers take in the 2013 NFL Draft?

Post-Gazette reporter Gerry Dulac reminded us Monday what Steelers general manager Kevin Colbert said at the end of the 2012 season; no one is immune from responsibility from their 8-8 season.

Not even their franchise quarterback. To an extent.

Colbert puts all on trial, even Roethlisberger 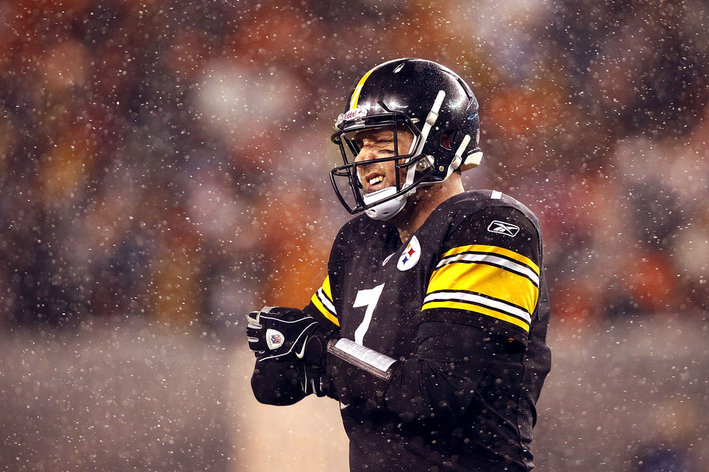 BTSC writer Neal Coolong opined in January the Steelers could be looking at a quarterback for the future in this year's draft based on comments made by GM Kevin Colbert.

While it's certain Roethlisberger, when healthy, will be this team's quarterback in 2013, Colbert revealed then and is reiterating now the Steelers will look long and hard at every position, including Roethlisberger's.

They've visited with Tennessee's Tyler Bray, a big-armed but unpolished prospect who would be the right kind of developmental project - a la Aaron Rodgers sitting behind Brett Favre in Green Bay.

Apologies for bringing that up, but it's a fair comparison; if we can assume Roethlisberger to be a shoo-in first ballot Hall of Fame player and Bray, upon being selected, ends up being the best player in the NFL. So fair may not be the right word. How about appropriate?

Either way, the Steelers will likely be shopping for a quarteback in this draft. To further display my brilliant deductive reasoning, the Steelers only have one quarterback on the roster not named "Gradkowski" heading into the draft.

Any others outside Bray who fancy a look-see? Two BTSC mock drafters have Tulane's Ryan Griffin heading to Pittsburgh with late round picks.

Are the Steelers completely against a quarterback in the third round range? Is it worth disrupting the chi of their franchise passer, or is it to the point some healthy competition would be good for both Roethlisberger and the team?