Kevin Colbert might have given Bill Cowher his "second wind but how has he done paired with Mike Tomlin. Now you get to decide, choosing from both his draft picks and his rookie free agent signings.

During the end of his tenure in Pittsburgh Bill Cowher would us late round picks to either fill out his training camp roster and/or pick guys for the practice squad, often ignoring potential contributors. One such pick, Labriola informed, involved passing on running back Marcus Turner in the 5th round of '04 in favor of linebacker Nathaniel Adibi.

Labriola wrote that back in 2007. Since then Mike Tomlin and Kevin Colbert have had six drafts together, and now its your turn to pick the best of the best.

The rules slightly different than before. Since Steelers Nation is still waiting on the returns from 2012 and arguably 2011 as well, we've decide to spice this historic mock draft edition up by opening up all of Kevin Colbert's unrestricted rookie free agent signings. 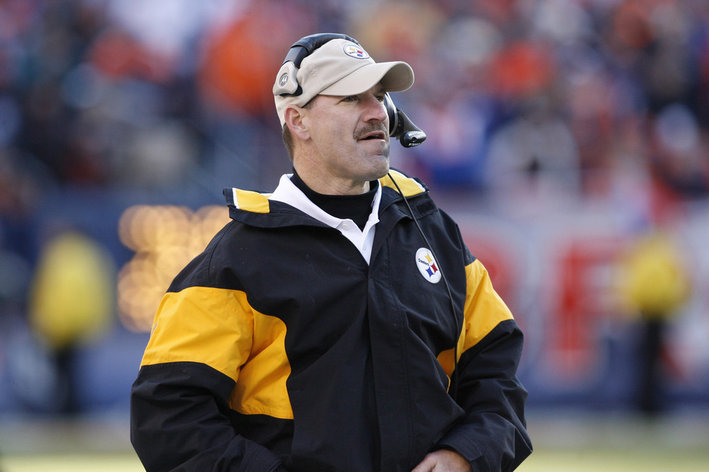 BTSC's Hombre de Acero has been cranking out 5 Burning Questions recently, check out previous ones after you answer the most recent questions.

Bonus Question: A "professional" draft evaluator would score Colbert-Tomlin positively for picking guys like Ryan McBean and Kraig Urbik even though neither player ever delivered value for the Steelers. Do you think they should get credit for picks like that?

There you go. Please remember that spelling and punctuation do not count, but that all essay length answers must be written in blue or black ink!

Remember partial credit will be given for those who show their work, so defend your answers!

Have at it folks!