Our final pick for our 2013 community mock draft is in! And BTSC's favorite Ravens fan - Mr MaLoR - has the pick.

This was one of the easiest draft picks made in this entire mock, as it was pure BPA. At this point in the draft and where the Baltimore Ravens stand with their current roster, they really can take any route they want in the 1st round. Besides QB, RB and C, I would not be surprised to see Ozzie Newsome snatch the best player available at any of the other positions. That is what has happened at this pick.

If we are discussing need, it is clear that Baltimore will be addressing ILB, WR and S at some point in the draft, maybe even double-dipping at a few of those spots. These were the three positions that clearly took the biggest hit this offseason because of the player not fitting the right price.

There were two prospects taken just before this that Baltimore has shown serious interest in -- S Matt Elam and DE Tank Carradine. If either of those two (especially Carradine) drop as far as they did in this draft, then I would expect Ozzie to make a move for either of them. However, the player that falls to #32 should never have been here to begin with either. While not really a pressing need, you can never have enough quality cornerbacks in the NFL.

There is nothing wrong with making a position of strength even stronger. And Ozzie Newsome has proved that in the past with certain picks. Between Lardarius Webb, Jimmy Smith, and Corey Graham, Baltimore is very strong and deep at the CB position. And with the pass rush in front of them this season, it will make their jobs easier. However, this player is far too good to pass up and would only make the Ravens stronger on the back end. 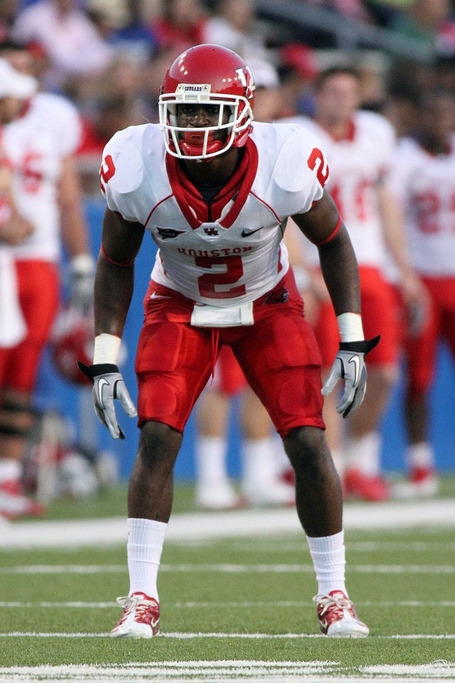 D.J. Hayden has shot up most teams' draft boards after finally being medically cleared in the wake of a life-threatening event.

Don't think for a minute that Ozzie will shy away from taking a top 15-20 talent at pick 32.-Mr MaLoR

Hayden's break on the ball is as good as any CB I have seen coming out, and if not for the medical red flag early on, Hayden would be a guarantee to go ahead of Milliner. He is also a playmaker - as evidenced by his two interceptions returned for TD's last season. He has the speed you look for, the height, and the physicality to be an AFC North CB.

Don't think for a minute that Ozzie will shy away from taking a top 15-20 talent at pick 32.