Between one thing and another, including the Natural Disasters Tour, I have been very remiss in putting together my mock draft this year. Don't think I haven't been studying and researching, because I definitely have. But the thing which persuaded me not to put this off for one more moment (besides the fact that the actual draft begins tonight, of course) was this article in yesterday's Tribune-Review. "THIS DRAFT HAD BETTER DELIVER," shouts Dejan Kovacevic, although admittedly not in all-caps. And you know what, Dejan? I'm totally sick of hearing about this. Yes, I get that the 2008 draft was almost a complete bust. In fact, according to my metric (a real, footbally metric as opposed to BLA) the Steelers 2008 draft was the worst in the league. And yes, I have noticed we lost a lot of players in free agency this season.

But the real question for aficionados of Momma's Mocks is, can we replace these guys AND upgrade the THI of the team? (THI, for you novices, is "Total Hotness Index.") I believe we can. One reason is, we have spent a lot of recent picks on the Big Eaters, and while they are often lovely young men, they generally don't come up to Momma's exacting BLA standards, Maurkice Pouncey notwithstanding.

So without further ado, let us dive into the rich pool of talent available this year and see who we can bring to the surface to improve the Steelers. The determination as to what players are available at each pick will be made by consulting Walter Football, although considering how far David DeCastro fell last year I may take a chance on the occasional player who it is assumed will already be off the board by the Steelers' turn. (There are lots of other sites with variant opinions, I realize, but it seems to me it's just as likely they are right, or wrong, as anyone else, and this makes it more consistent.)I am also assuming the Steelers will not trade, much as I would like to trade down in the first round, because I know nothing about which team or teams might be suitable and willing trade partners. And, quite frankly, neither does anybody else.

WR, TE,...Oh, forget it. There's scarcely a position on the team that couldn't do with an upgrade or quality depth, at least in terms of BLA. So other than the obvious stuff, like not taking a quarterback in the upper rounds, I'm going to stick by my draft board, lovingly crafted over the past few weeks.

As we all know by now, the first round this season is somewhat on the weak side. It seems quite likely that the truly elite players will be long gone by No. 17, and there isn't a huge difference at many positions between players projected to go in the first round and those projected in rounds 2 and later.

This may seem like a bad thing, but this is where BLA really shines. Because although it may seem as if there isn't a lot to choose from, there is clear separation between the upper-echelon players in terms of what they bring to the table in the looks department. But before I stun you with my picks (and my pics) let's see which players are most commonly being mocked to the Black and Gold: 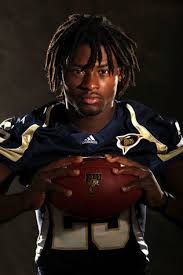 "But wait!", you may be shouting. "This is a total reach at No. 17! It's also a deep safety class. If we're going to take a safety, it should be Vaccaro. And he's not even one of the players the Steelers met with!" All of this is doubtless true. But if we're talking BLA, Cyprien is a great choice. And frankly, given how close to the chest the Steelers like to play their cards, it wouldn't surprise me if their seeming lack of interest is merely a cover-up.

Here's an excerpt from an interview with Cyprien early this month:

Cyprien has a lot of footbally cred as well, and NFL Draft Tracker, who rates him higher than Vaccaro, calls him one of the hardest-hitting safeties in the class, and says he plays smart. The safety unit for the Steelers is one of the finest-looking on the team, but it is very shallow in terms of depth at the moment. Does anyone like the thought of facing the Broncos in the playoffs with Troy Polamalu injured and Ryan Clark unavailable at high altitude? I thought not. Cyprien it is.

NFL Draft Scout called McDonald "explosive in the hips." What more can you ask from your third-round pick?

Now we're getting into the value picks in this draft, at least according to the conventional wisdom. It gets increasingly difficult to figure out who will last to the Steelers, but here's a definite BLA on offense: 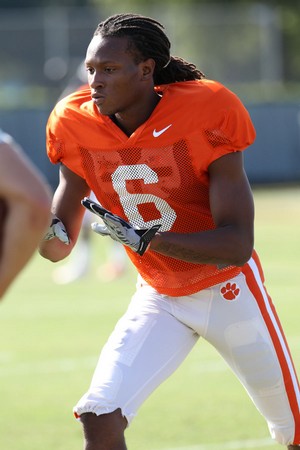 I really debated about adding a receiver this early in the draft, but you can't look at Hopkins and not be terribly impressed with his measurables. Will he last until the middle of the second round? Who knows? But if he does, he would be a fine addition to the receiving corps. 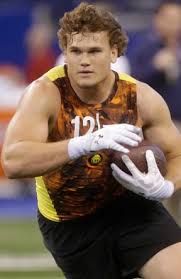 NFL Draft Scout called McDonald "explosive in the hips." What more can you ask from your third-round pick?

Especially one with a fresh face and great hands. He can fill in for Heath, BLA-wise, while Heath is healing up, and hopefully develop as part of a multiple-headed monster, receiving-wise. 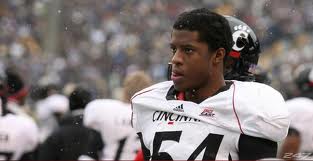 A young man who has prevailed over a tremendous amount of adversity in his life, Stewart would only even potentially be on the board at this point because of a spinal defect discovered after he was injured last fall. He's a risk, as doctors disagree whether the defect is problematic or not. I say he's a risk worth taking, not just because he is BLA in looks but because of his strength of character. I would love to see him in the Black and Gold.

Well, that's it. Honestly, it's too hard to get the proper visual evidence for the guys projected to go in the later rounds. But I'm sure the Steelers will pick up some RBs and ILBs and other sorts of footbally players. I just hope they give a thought or two to improving the view on the sidelines.