The draft winds down Saturday, and there are still a few players left the Steelers have spoken with prior to the start of the draft.

Share All sharing options for: Steelers Draft: Potential targets in rounds 4 through 7

The action has been furious, so much so, it's hard to keep up with it all. 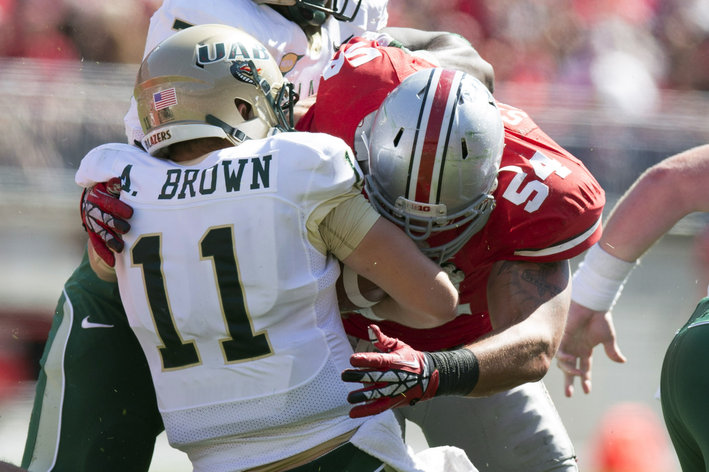 The Steelers met with Jarvis Jones and Le'Veon Bell before selecting them. There are still many others who are still available that the Steelers talked to before the draft.

A few of the notable ones are still out there before the Steelers begin their middle and late round picks.

Shamarko Thomas, a safety from Syracuse, is one they are likely to be looking at. The Steelers wanted to add a young safety in this draft, but haven't done so through their first three picks.

Rutgers LB Khaseem Greene is still available as well, although the selection of Jarvis Jones may impact that a little bit. It isn't just Jones, though.

Curiously, Alabama DT Jesse Williams is still on the board. He may be a value add, but can't be expected to last all that much longer.

Georgia's "other" linebacker, Cornelius Washington, is also still there, and while it's not a sure-fire bet the Steelers would look to load up one position this much, at this point in the draft, it comes down to value. If he's there later, would the Steelers take a flier on him?

Perhaps more interestingly, Syracuse QB Ryan Nassib and USC QB Matt Barkley are still available, although it doesn't seem either will last much longer. We know the Steelers met with Tennessee QB Tyler Bray as well. If the Steelers are looking for a back-up passer, at what point will they pull the trigger?

Louisiana Tech WR Quinton Patton is still out there, as is Michigan's multi-use athlete Denard Robinson. Josh Boyce, another guy mentioned as a value add later in the draft, is still there too.

Plenty of talent still available, weigh in on who the Steelers should be looking at entering round 4 of the 2013 NFL Draft.