While he's clearly adding some hyperbole for the sake of the moment, Mark Dantonio's comparison of Le'Veon Bell to the Steelers' powerful Hall of Fame fullback brings up an interesting question: Is Bell going to be utilized in a zone or a power scheme?

As it turns out, Michigan State head coach Mark Dantonio grew up a Steelers fan.

Certainly a convenient thing to tell the Pittsburgh media when discussing his player, Le'Veon Bell, being taken by those same Steelers.

Dantonio mentioned something a bit more provocative, though. He compared him to a Steelers legend.

According to Mike Griffith of MLive, Dantonio connected Bell to the Steelers in a great way:

"I grew up, I was a Steelers fan, too,'' Dantonio revealed. "They have a statue of Franco Harris when you walk in the airport.

"The things you do, running north and south, is very, very similar to him.''

Many of the moves the Steelers have made this offseason - the hiring of offensive line coach Jack Bicknell Jr. in particular - seem to suggest the team will make more of a concerted effort in running zone this season. Efforts to run zone last year were made but proved futile, at least somewhat in part to a lesser athletic combination of tackles.

Reviewing Bell's games last season, it seemed like Michigan State had something of the same problem. They wanted to run zone, and did, to varying levels of success. Clearly, Wisconsin's Montee Ball had more success in zone specific schemes over an outstanding career in one of the nation's best rushing teams.

While Dantonio is obviously throwing in a bit of hyperbole when making suggestions there's a link between Bell and Harris, it's an interesting question to consider: Is Bell the Steelers' guy to run zone, or is he going to be another link in a chain of runners aimed to harness specific skills over the entire running game? 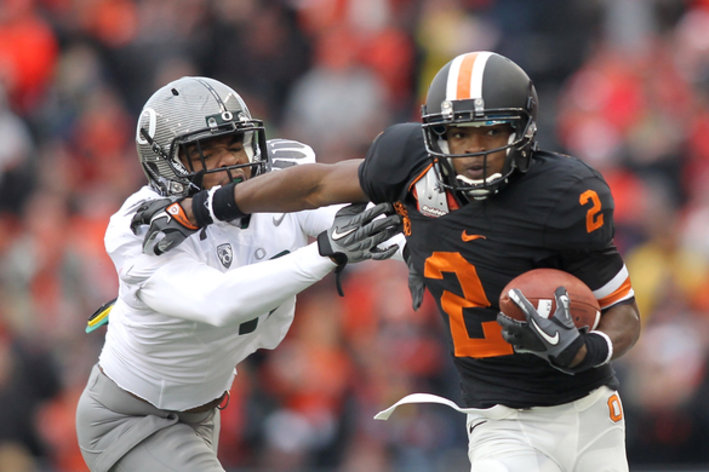 Adding productive players in college to the Steelers depth chart will help adjust the direction of the Steelers, writes BTSC's Neal Coolong

One area in which Bell absolutely excels is in pass protection. He's not a game-breaking open field runner, but he can catch the ball well enough. His ability and desire to block could make him a third down candidate right off the bat.