Good size and athleticism, Hawthorne looks like a Steelers cornerback

Share All sharing options for: Steelers select CB Terry Hawthorne in the fifth round of the NFL Draft

The Pittsburgh Steelers selected Illinois cornerback Terry Hawthorne in the fifth round of the 2013 NFL Draft.

This comes after a balanced approach to positional need to this point in the draft. They have selected three offensive players in the first four rounds, Hawthorne joins first round pick, OLB Jarvis Jones, as the second defensive player they've taken.

Hawthorne, a 6-foot-0, 195 pound cornerback, had a strong junior season, but fell off a bit in his senior campaign. SB Nation's Illinois site, The Champagne Room, spoke glowingly of Hawthorne's ability.

He did not live up to expectations in 2012 after a strong junior season, but the same can be said of the Illinois defense as a whole. As far as physical gifts and potential are concerned, Hawthorne may have the greatest upside of any Illinois player in this draft, as he has the ability to be a starter in the NFL, and possibly a very good one at that.

As far as his weaknesses go, the CR describes him in a similar way to a few other Steelers cornerbacks of the past.

While he has good instincts and often knows when and where the ball is going to be, he's a body-catcher rather than hands. This leads to a share of missed interceptions. While he's a willing tackler he could use work on his tackling form as he lowers his head too often, which could lead to injury to himself and penalties in the NFL.

The Steelers always are up for adding larger, tackle-friendly cornerbacks, and it seems, based on a very short film review, he's not afraid to step up and hit. He has good size and playmaking ability. It looks like he has good tools.

ESPN's Todd McShay said he has some stiffness in his hips but has quick feet. Mel Kiper said he's probably a third or a fourth cornerback.

Upon a closer look, too, he reminds me a lot of William Gay, physically. A little taller, but thin-looking and wry. 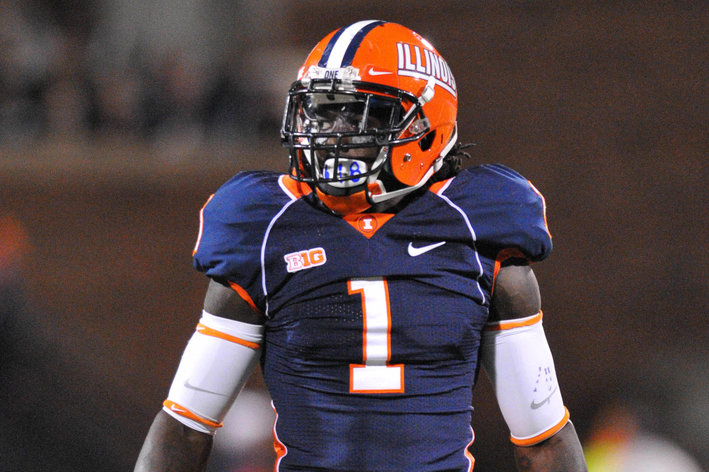 The scoop on Steelers fifth round pick Terry Hawthorne