Did he leave Penn State to get another chance somewhere else? Whatever his reason, Justin Brown will have to answer even more questions about his time with Penn State and why he left in 2011.

I didn't get into Jerry Sandusky's trial or the Penn State scandal a whole lot. I'm sure it's not an uncommon stance that it was so sickening, I just couldn't read much into it.

What I thought was interesting, and I'm writing this as someone who doesn't have any particular loyalty toward Penn State or college football, was which players left when the NCAA gave them the chance to transfer without having to sit out a year, and which ones stayed.

Steelers select Justin Brown in the sixth round 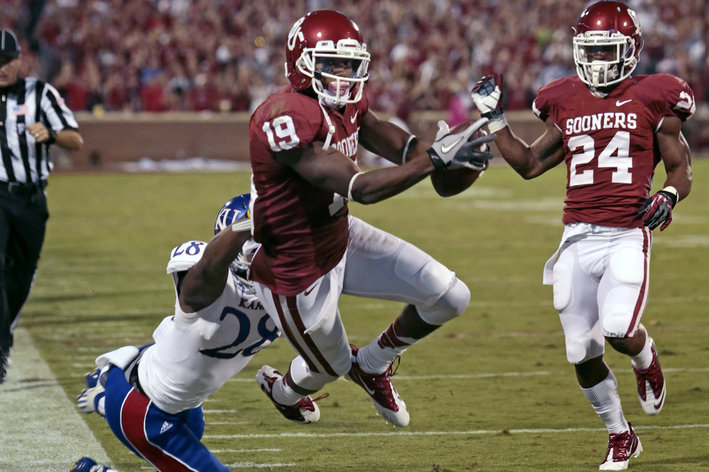 The Steelers chose WR/KR Justin Brown in the sixth round of the NFL Draft.

Justin Brown, the Steelers sixth round draft pick, left. He transferred to Oklahoma, where he had a fairly decent season - 72 catches, 900ish yards, five touchdowns - catching passes from Steelers fourth-round pick Landry Jones. He returned punts for the Sooners as well, getting another 300 yards and a touchdown. Seems like he was a pretty solid player. Perhaps the Steelers got a steal in the sixth round - a trend for them at the wide receiver position.

But he left. Did he quit on his team? Would he otherwise have stayed there had the issue come up, but wasn't particularly happy and just took the chance he was given?

Maybe that affected his stock, maybe not. But it's an interesting question, and one that will absolutely come up, particularly from a media group that's close enough to Happy Valley where he'll be asked to re-visit his decision now.

If nothing else, I hope he's prepared for it.