The first pick is in for our community mock draft, with BTSC user steelerfever at the controls for the Chiefs.

With this year's first pick in the NFL Draft, the Kansas City Chiefs announce a TRADE. I think they try to recoup the loss of their 2nd round pick (in the Alex Smith trade) by moving out of the top slot.

But for the purpose of this mock, a pick must be made.

The Chiefs already have talent that is a lot better than their 2012 record showed, with 5 Pro Bowlers selected (three on the defensive side of the ball, Jamaal Charles and their punter). Where were the Chiefs weak last year? In two areas: the QB was Matt Cassel and the O-line is suspect. Since Alex Smith, a former top pick in 2005, is the presumed franchise QB of the future, you wouldn't think the Chiefs would draft Geno Smith.

So how about some help with the suspect O-line with the first pick of the draft? An offensive tackle has only been selected first overall twice since I was born (in 1968), with Orlando Pace and Jake Long being the exceptions to the "Don't Draft an Offensive Tackle Number 1 Rule." I should mention that Branden Albert (selected 15th overall in 2008) is the current Chiefs LT and has the franchise tag for the 2013 season. You wouldn't think the Chiefs would draft Luke Joeckel.

The defense is pretty talented. But even though they've recently had three defensive linemen that were drafted within the top-11 picks, one of them just left in free agency (Glenn Dorsey to the 49ers). Seems like the Chiefs make a habit of picking D-line in the first, and I think that trend continues when they make their selection. And a Star Is Born. 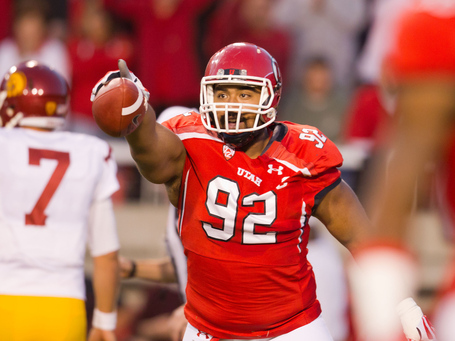