While perhaps not the most often mentioned prospects in the first or second round, it would be hard to complain about the talent the Steelers would be bringing in if things follow the way Mel Kiper is predicting.

It seems as is ESPN draft analyst Mel Kiper likes the idea of the Steelers taking Notre Dame tight end Tyler Eifert with the No. 17 pick in April's NFL Draft.

It's the second time he's taken him. 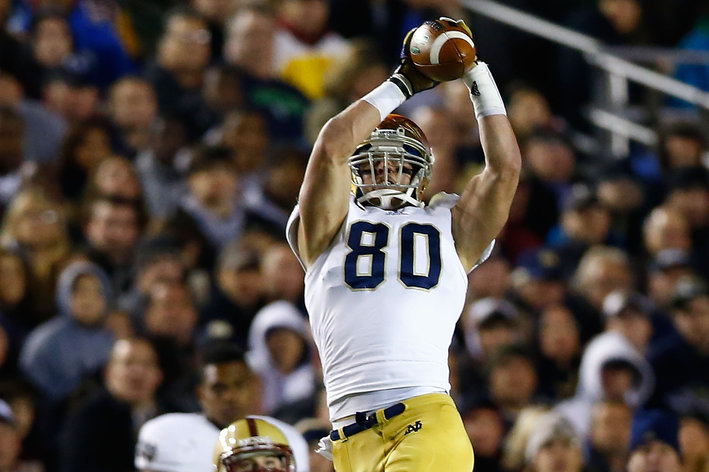 The athleticism is there, but is he worth the 17th pick of the draft?

Kiper released his fourth mock draft, and the second in a row of him matching Eifert and the Steelers. The pick makes sense, considering the Steelers will likely have a need due to a major knee injury suffered by Heath Miller so late in the season. But the question is whether Eifert fits in terms of value at No. 17.

Eifert is a talented player, and while there hasn't been any connection to the Steelers in terms of a visit to Pittsburgh, it's not out of the question.

Kiper's second round pick, Georgia's Cornelius Washington (something BTSC mentioned as a possibility) could be an outstanding prospect. The last Georgia linebacker the Steelers drafted in the second round, Kendrell Bell, was really good - until he just never got healthy again.