Cleveland's Joe Thomas and Denver's Ryan Clady have been outstanding players since entering the league in 2007 and 2008, respectively. Their teams, by and large, have not.

Share All sharing options for: Teams at the top of the NFL Draft should think twice about drafting an offensive tackle

It wasn't long ago scouts raved about the all-around talents of Wisconsin left tackle Joe Thomas.

Big, athletic, intelligent, he was everything a team would want in the "Blind Side" generation's continued insistence on the importance of that bookend pass protector.

Joe Thomas was taken third overall in the 2007 NFL Draft, and has cemented his spot on the AFC's Pro Bowl team ever since.

The Browns have cemented their place in the Also-Ran category of the AFC Playoffs during that same stretch of time.

Same goes for Jake Long, whom Bill Parcells figured was part of his holy trinity of Quarterback, Left Tackle and Pass Rusher when he was running the show in Miami. Long was his guy, and Miami has experienced minimal success since then. They didn't even re-sign Long this off-season.

The 2008 Draft, in which Long was the first overall pick, has scores of disappointments from multiple players who were given the annual cliche of "he's your left tackle for the next 10 years," only to see many of them either fail to live up to that expectation, or, like Long, not even make it to the second part of that supposed 10 years.

Ryan Clady has been an up-and-down pass protector for the Denver Broncos after being the 12th overall pick in that draft, and he was given the team's franchise tag instead of a long-term deal this off-season. The Bears took Chris Williams two picks later, and are still suffering some of the worst sacks allowed numbers in the NFL. Ditto for Kansas City's Branden Albert (who projected as either a guard or tackle and has played both in his career).

The Lions chose not to re-sign Gosder Cherilus this off-season, who signed with the Colts. Carolina's Jeff Otah played in 29 games between 2008-11, and is out of the league. Sam Baker has been mediocre at best for Atlanta.

To be fair, the first round of the 2008 Draft is chock-full of busts, disappointments and bad decisions (hindsight is 20/20), but even with an even mix of outstanding players, average players and Williams, the louder point being made is the declining value of the blind side protector.

If broken down, every position on the field is important, and left tackle is, clearly, still a position holding value in terms of dollars invested in contracts. But with the new CBA largely limiting the amount of money rookies are making, and what appears to be a shrinking dollar amount overall for the tackle position combined with a hesitancy of several teams choosing to not extend previously assumed starters for the next decade, the dollars don't add up for that position.

Most of all, having that position doesn't translate into wins - at least the higher those players are drafted. Thomas has sniffed the playoffs once, in his rookie season. Clady's Broncos have finished at or below .500 for four of the five years he's been in the league, and Denver's playoff win over Pittsburgh is the only playoff victory the team has had.

Is the franchise QB a dinosaur? 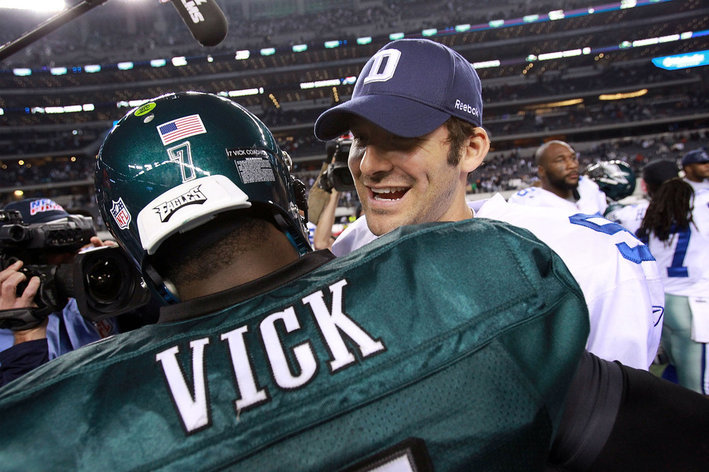 Summary or blurb about the related article

Not to suggest this is at all Clady's fault, but considering the impact two of the quarterbacks taken in that year's draft, Matt Ryan and Joe Flacco, the fates of those teams, who have a combined 110 regular season wins and have started every game, were improved in a clear way.

Then again, there's JaMarcus Russell and Brady Quinn, too.

These are the kinds of things the Chiefs, Jaguars, Raiders and Eagles should think about when evaluating their strategies for the first four picks in this year's draft.

It's certainly possible Luke Joeckel becomes as good as Joe Thomas is.

The question is, will that matter?