The first ten picks of our community mock were somewhat evenly split, with five defensive players and five offensive linemen taken off the board. What direction will BTSC user slatts17 go with for the Chargers here?

Philip Rivers was sacked 49 times last year, so the San Diego Chargers' offensive line is a huge issue. With that being said, five of them have already been taken, and the remaining offensive lineman that are available are not worth the risk of the 11th pick overall.

Defensive line is another issue for the team, but they just drafted defensive ends in the 2nd round last year and the 1st round a year before, and this draft class is really deep for defensive players.

One thing that this team does struggle with on offense is explosiveness... 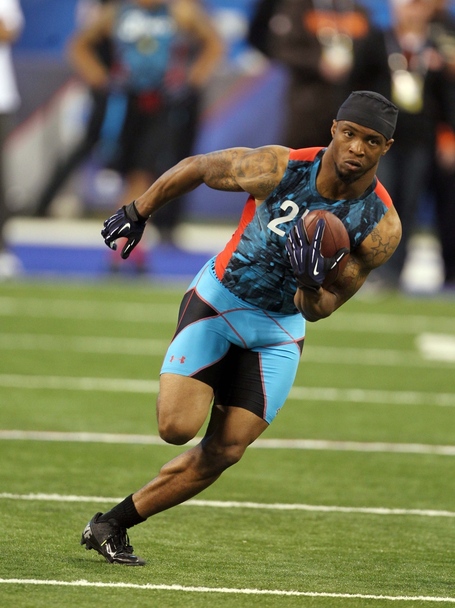 San Diego goes with the best player available in Tavon Austin. He gives the Chargers' offense a dynamic playmaker, and can help take pressure off of Rivers by getting open in the middle of the field so he is not holding onto the ball as long. Austin also makes it harder for defenses to double-team their other offensive options.

Tavon Austin is a player that can play in the backfield or in the slot, so this gives new head coach Mike McCoy a chance to be creative - and possibly sooner rather than later, turn the Chargers into one of the best offenses in the AFC.