BTSC user Michael Uhlhorn has the pick for the team that gave a certain former Steelers receiver a 5-year, $65 million contract ($27 million of which is guaranteed).

Full disclosure: my best friend is a Dolphins fan.

I've spent my entire life trying to convert him to the Church of Black & Gold, but have failed to date. I never miss an opportunity to give him a hard time about the woes of the Dolphins (though I have nothing against them and would root for them over the other AFC East teams), and I have enjoyed their recent woes while the Steelers have won multiple championships.

Who offered how much? 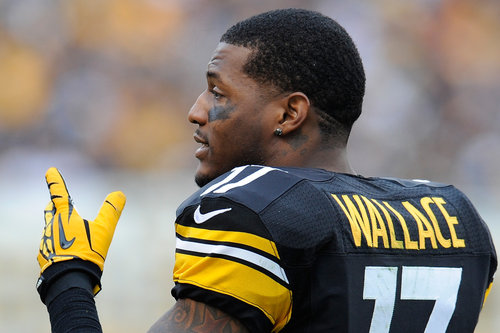 According to a report, Mike Wallace's deal with the Dolphins was less than the Vikings offered.

Coming into this offseason, the Miami Dolphins biggest need was for a wide receiver. Much to my best friend's pleasure, that is no longer the case.

They have also put a lot of money into pass rushers, and recently re-signed safety Chris Clemons to a one-year deal.

Without Jake Long, the Dolphins need a new tackle to put opposite Jonathan Martin, last year's second-round pick. Since none of the top three tackles are available at this point, and with no other tackle presenting a good value at this point in the draft, I expect the Dolphins to address this later.

However, this need is also the reason I suspect the Dolphins will be looking to trade up. The Browns could be a logical choice, and this 1st plus two 2nd rounders could get that deal done - benefiting both teams and potentially landing one of the top-two tackle prospects in Miami, if things break like they did in this mock draft.

Even though the Dolphins have Chris Clemons back, he is not a long-term solution and the position could still stand to be upgraded. Kenny Vaccaro is still on the board, and has been linked to the Dolphins multiple times throughout the draft process. It was reported this past weekend that Vaccaro will be visiting Miami before the draft, and the pick makes a lot of sense. Vaccaro adds an elite player to their secondary and could start right away, or gain some seasoning sitting behind Clemons.

However, I believe their greatest need is actually elsewhere in their secondary... 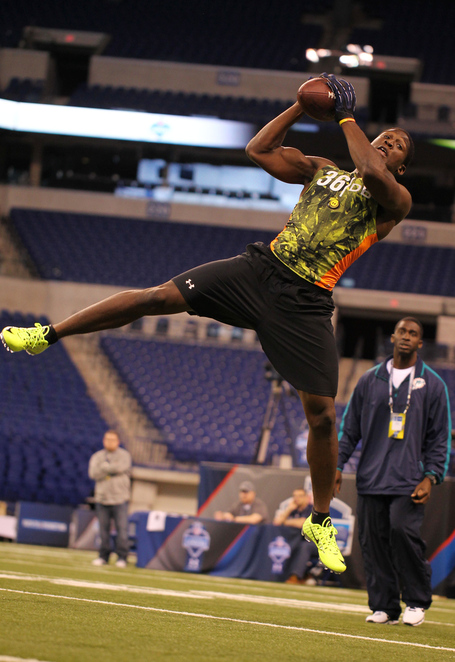 The Dolphins lost Sean Smith to the Chiefs in free agency and are a little weak at corner. They recently signed Brent Grimes, who is great when healthy, but is coming off a serious injury and only signed a one-year deal.

Bigger corners like Richard Sherman have seen much success recently, and I think Rhodes projects to be a similar type of player-Michael Uhlhorn

Rhodes could learn from Grimes even if he doesn't start this year, though I think Rhodes would still see a lot of playing time - particularly against teams with bigger wide receivers.

Rhodes is 6'2", yet can move faster than most of the smaller players at his position. He excels in man-coverage, and even though he may not be a perfect fit for the Dolphins system which typically favors zone schemes, I think it is hard to pass on a talent like Rhodes because of his size.

Bigger corners like Richard Sherman have seen much success recently, and I think Rhodes projects to be a similar type of player and could develop into the best corner in this class due to his physicality.

The Dolphins are a much better team heading into next season with their recent additions, and this pick would help solidify one of their remaining weaknesses.