The restricted free-agent put his original team on the spot by signing an offer sheet from an AFC rival. The Steelers matched said offer, but expect the player to live up to his pay increase.

Share All sharing options for: Steelers expect 70 catches, 1,000 yards out of Emmanuel Sanders

The New England Patriots took their sweet time making an offer to RFA WR Emmanuel Sanders, then the Pittsburgh Steelers took their own sweet time deciding whether to match their offer. However, they wasted no time laying out the conditions which match the pay increase they agreed to.

Sanders spent most of Wednesday appearing across the lineup on ESPN. Most of the questions he entertained encircled the personnel rollover experienced by the Steelers roster this off-season; primarily former teammate Mike Wallace. However, during one answer, Sanders let slip a small piece of the Steelers mindset about his own situation. 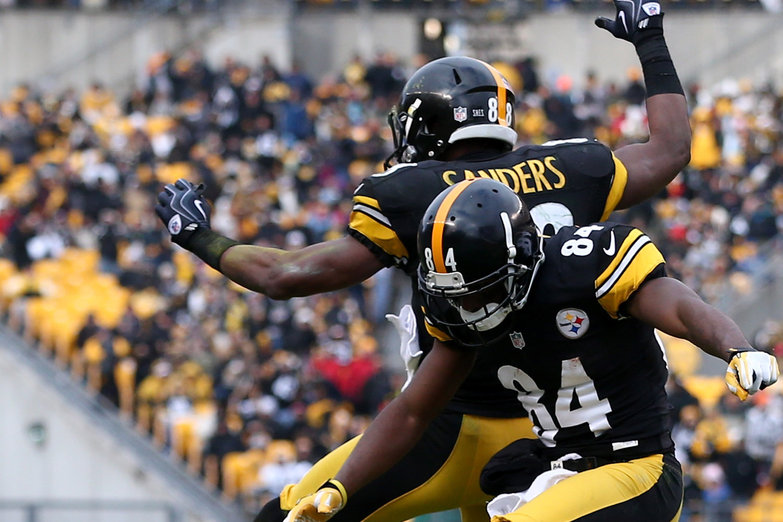 Once Wallace became a free agent, Sanders slid up the depth chart by default. Whether he broke training camp as the top dog having yet to be seen, his role was bound to increase. Now, we know how far the team expects it to increase.

"They're expecting 70 catches for 1,000 yards, and that's the same thing that I expect for myself."

Quite a lofty goal for someone who set career best seasonal benchmarks of 44 catches and 626 yards in 2012. Even Wallace as the team's No.1, only had 64 catches and 836 yards; and he did so for about a quarter-million more than Sanders new contract is worth.

Perhaps these goals do not seem unobtainable for Sanders, but they don't seem to be a suggestion from the team. This is what is expected.

Sanders makes no mention as to when the team placed this bar before him, although one can't help but wonder if it came after the Steelers had to match the offer sheet Sanders signed. Were their original expectations for him slightly more realistic for a player who is admittedly the second receiver on the depth chart behind Antonio Brown, knowing he would already be in an increased role anyway?

Ward talks about triathlons, broadcasting and of course, the rivalry with the Ravens.

Both Sanders original RFA tender and his new contract only cover the 2013 season. Afterward, he becomes an unrestricted free-agent. Obviously, the Steelers need to know he is worthy of starting before they offer him a new extension; but to expect those types of numbers from a player whose best season barely surpassed their halfway points is a bit of a stretch.

Maybe Sanders brought the extra requirements upon himself by forcing the Steelers hand into a raise, but one thing is certain -- if Sanders can meet the Steelers demands this year, he will be rewarded with a new contract next season, whether it is offered by Pittsburgh, or someone else.