5 Burning Questions Left in the Wake of the Steelers Draft

How does the draft impact the pecking order at running back and wide out? What's the Steelers grade for the draft? Are draft grades simply stupid? Answer these and other Burning Questions on the Pittsburgh Steelers draft.

Share All sharing options for: 5 Burning Questions Left in the Wake of the Steelers Draft

After three days and nine picks the Steelers 2013 Draft Class is complete. While full impact of Kevin Colbert and Mike Tomlin's selections won't be known for years, Behind the Steel Curtain need not wait that long to pose 5 Burning Questions left in the wake of the 2013 NFL Draft.

1. The desire for day after draft evaluation or grades as understandable as it is enjoyable, but alas it takes several years to evaluate a draft. In fact, the Miller Analogy test inspires our first question/

Fill in the blank. My personal favorite is "Day after draft analysis is about as meaningful as ...opening day batting averages."

What witty can you come up with to finish that sentence?

2. Now that we've trashed the cottage industry that is instant draft grading, what grade do you give the Steelers for their 2013 NFL Draft? Explain and defend your choice.

3. In matching the Patriots offer for Emmanuel Sanders, the Steelers gave up a chance to grab the 91st pick, and ended up trading up to 111 to draft Shamarko Thomas. Let's pretend the Steelers had let Emmanuel Sanders walk, and you're Kevin Colbert, of the players taken 91-110 who would you have picked?

4. The choices of Le'Veon Bell, and "Cash Back" aka Markus Wheaton and Justin Brown create some interesting training camp roster battles at running back and wide receiver. Hypotheticalize the results of those battles and explain what the best outcome would be for the Steelers 2013 offense. 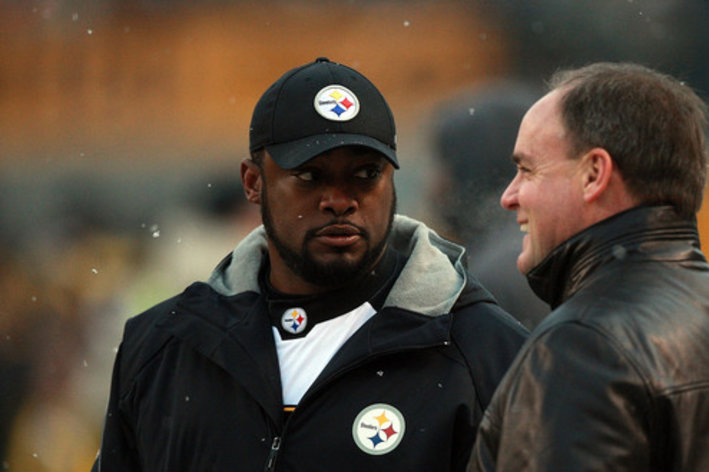 Check out all of Hombre de Acero's 5 Burning Questions entries on Behind The Steel Curtain.

There go you folks, have at it!