The day after having a procedure to remove bone chips from his knee, Hawthorne signs a four year deal with Pittsburgh

For Hawthorne, the Steelers clearly aren't concerned about his recent knee procedure, signing his contract the day after he was seen on crutches at the end of the second OTA after an procedure to remove bone chips from his knee.

Hawthorne battled injuries while playing at Illinois, and they are part of the reason the once highly touted prospect fell to Pittsburgh in the fifth round. Hawthorne is expected to compete for the fourth CB on the depth chart, providing a physical presence at corner and, if Carnell Lake is to be believed, a future replacement for Ike Taylor. 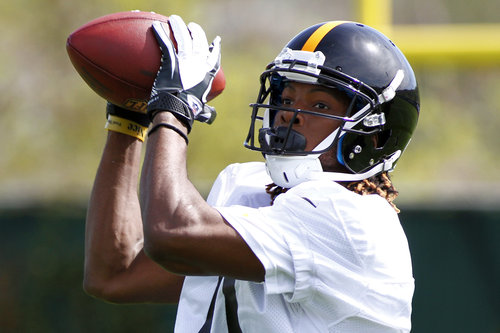 Even though he will miss the first session of OTAs, the Steelers signed their third-round receiver.

The Steelers are hoping Hawthorne can provide depth at the position that will start a player other than the previous year's starter for the sixth straight year. Veteran Keenan Lewis signed with New Orleans this offseason, pushing Cortez Allen into the starting role. Newly signed William Gay andCurtis Brown and are likely the team's nickel and fourth corner, respectively.