Share All sharing options for: An early vote for Brian Moorman over Drew Butler for 2013 punting duties

A veteran punter isn't likely to sign on with a team without, at least, a reasonable chance of making the squad.

That mentality, combined with a mediocre-at-best punting performance from Drew Butler in 2012, is most likely the reason former Bills P Brian Moorman signed with the Steelers this offseason.

CBS Radio 93-7 The Fan host Andrew Fillipponi had Post-Gazette reporter Ed Bouchette on his show Thursday, and the two discussed it - Fillipponi from the perspective of someone who covered Moorman a bit in Buffalo, and Bouchette from the impression of the current team.

The mutually concluded Moorman will likely be the Steelers' starting punter in 2013 edging out Drew Butler.

It isn't exactly an earth-shattering prediction, but it would mean, if true, the Steelers would continue their streak of seasons with a new punter to seven. 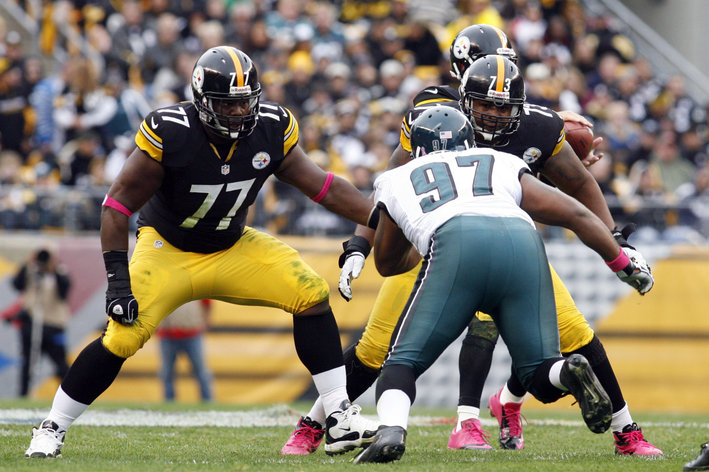 Marcus Gilbert is looking to be the Steelers' starting left tackle this season, and he's seeking help from one of the best best zone-blocking tackles.

They haven't had the same punter for consecutive 16 game seasons since since Chris Gardocki booted balls into the end zone from 2004-06. Dan Sepulveda was drafted in 2007, and he missed the entire 2008 season after a torn ACL. He returned in 2009, and almost made it through the 2010 season before tearing his ACL again.

He tore it a third time in 2011, and wasn't asked back by the Steelers. Jason Kapinos replaced Sepulveda in 2010 and 2011, and Butler beat him out last year.