He's the odd man out on the Steelers' highly drafted offensive line. He's the one who's going to push his drafted brethren in the trenches.

Share All sharing options for: Steelers OG Ramon Foster will step on your head to get the job done

Steelers likely starting left guard Ramon Foster is the like the blue collar kid cleaning up after his rich friends.

To his right will be a player taken in the first round of the 2010 NFL Draft, Maurkice Pouncey. To his left, a second round pick, either Marcus Gilbert or Mike Adams. On the other side goes the other, along with first round pick David DeCastro - the guy who initially booted Foster from the starting lineup in 2012.

The blue collar kid paid attention, though. He bided his time, worked hard and turned himself into arguably the most valuable Steelers offensive linemen over the last few years - not necessarily because of skill, but the fact he's been the least injured member of an injury-ravaged unit.

Ray Fittipaldo highlighted these traits of Foster's and more in Monday's Post-Gazette, pointing out Foster's contract signed this offseason won't slow him down.

The chip on his shoulder, formed after not being drafted in 2009, is still living, breathing and doing quite well.

"I'd be a fool not to think that way," Foster told Fittipaldo. "I tell the young guys, if it's me or you, I'm going to step on your head to get the job done."

Clark: Time with ESPN was the smart thing to do 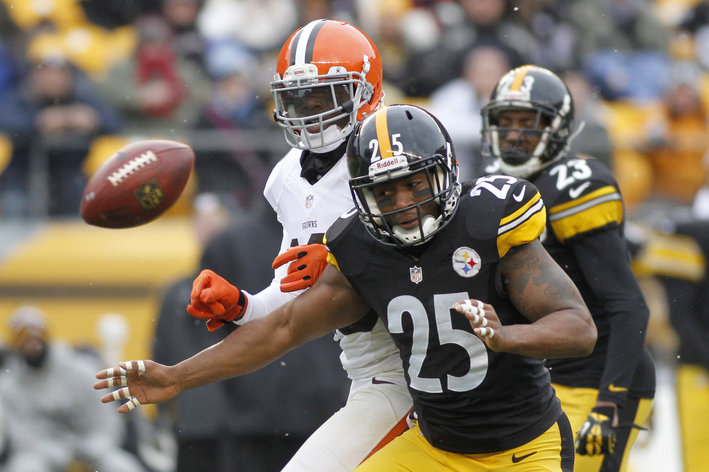 Steelers safety Ryan Clark doesn't want to end his NFL career, but is still preparing for life after football

That's the teeth of the line. The hunger that hasn't necessarily been questions, but always should be, manifests itself in the undrafted player who, if every player earned an extension, would likely be the least paid player again.

Foster has played for his job every snap of his career, and even with that, he's needed help to remain on the team - that help came in the form of injuries. Foster filled in for DeCastro at right guard and Willie Colon at left guard last season. Chris Kemoeatu before that. No one benefited from injuries more than Foster, who has suffered only bumps and bruises himself in his career.

Safety Ryan Clark didn't miss much time when he was an undrafted free agent either. Fullback Will Johnson, the third Steelers player with a starting role despite being undrafted, didn't take time off.

He's looking to take on a leadership role now. As if he shouldn't already be seen as such among his teammates.

"I just want to work on my consistency," Foster told Fittipaldo. "That's one of the biggest things. I've been solid, but I want to be more dominant and be more consistent in being dominant. That's my next step, to make a name for myself and help this team out in a bigger role."