Mike Wallace: "(Miami) is different than where I came from, everyone is hungry"

Share All sharing options for: Mike Wallace: "(Miami) is different than where I came from, everyone is hungry"

In his latest declaration of how much better off he feels he is now, he told Miami Herald reporter Adam H. Beasley "Everybody has a college mentality around here. It's a lot different than where I came from. Everybody's hungry. Everybody wants to get better, get to where we need to be - that's a winning record."

Throughout history, the one constant theme of champions in any sport is their ability to act like they're in college. Wallace should know, considering his vast experience in leadership and team sport championships.

Apparently, Wallace was too hungry to join his teammates last offseason for...well, every activity they had. And early reports from multiple Steelers players (most notably linebacker Larry Foote and tight end Matt Spaeth) note a hunger on the team this year.

Foote and Spaeth both won at least one Super Bowl with the Steelers.

Wallace was so hungry on the final drive of Super Bowl XLV, he had two targets with no catches.

The Steelers have let more production than that walk (a real crunch-time receiver), and haven't regretted it.

In between snacks to stave off his newfound hunger, Wallace noted one major difference between Pittsburgh and Miami.

"In Pittsburgh, I knew I was [in] a six-month lease every time, a furnished apartment," Wallace said last week. "I'd just bring my bag and be ready to go. Down here, I have to buy me a house, get settled in." 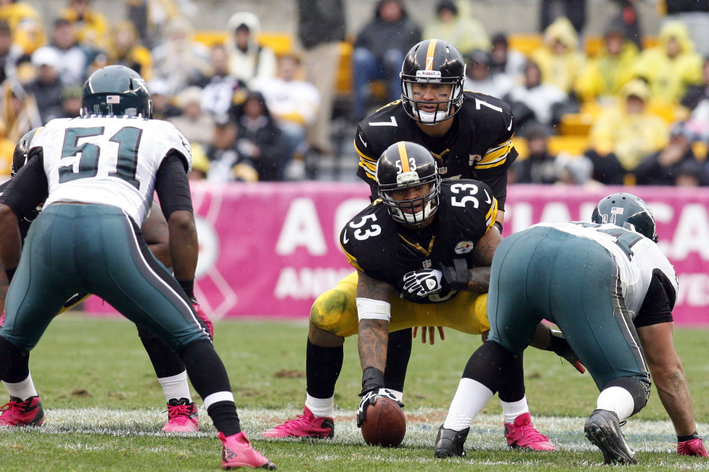 He didn't have time to "buy him a house" when he wasn't practicing with the team, but he recognizes the value of that now.

The Steelers play the Dolphins in Week 14, where, as it sits in late May, he'll likely be covered by Ike Taylor.

Taylor covered another deep-threat-and-little-else receiver, Baltimore's Torrey Smith, last season, and Smith had four catches for 40 yards (on 15 targets) in two games (Wallace fumbled in the first game they played). Taylor missed nearly all of the second game.

And Smith won a Super Bowl. He must be hungry. And act like a college student.