The Steelers signed RB LaRod Stephens-Howling hoping he could find a spot in their multi-faceted offense. His value will come in situational football, where the Steelers will need the most help.

In the Swiss Army Knife that is Todd Haley's offense, LaRod Stephens-Howling is the corkscrew.

Or maybe the file.

Whichever seldom-utilized tool he best represents, the Cardinals cast-off running back is the paradigm of spontaneous versatility.

You don't know what you got ‘til it's gone, injured or otherwise not participating.

Coming off a dismal end to the 2012 season, Steelers QB Ben Roethlisberger says he will have more say this year, and lines of communication between himself and Todd Haley are more open.

It's rare one player can seemingly be on the fringe of a roster spot, having just signed a contract with the Steelers, yet, seem to be the grout between so many cracks in an emerging offense. His ability to fill in a variety of roles is his biggest weapon, and situational offense is becoming more standard with each year.

The Steelers released running back/kick returner Chris Rainey after another run-in with the law (he had incidents dating back to college, and clearly was on a no-tolerance situation with the Steelers). Stephens-Howling has the ability to fill in Rainey's return role as well as situational running back duties. He also is likely to land behind rookie Le'Veon Bell and veterans Isaac Redman and Jonathan Dwyer on the depth chart, and may battle a variety of veterans, including wide receivers Emmanuel Sanders and Antonio Brown for return duties.

Dwyer is battling the bulge 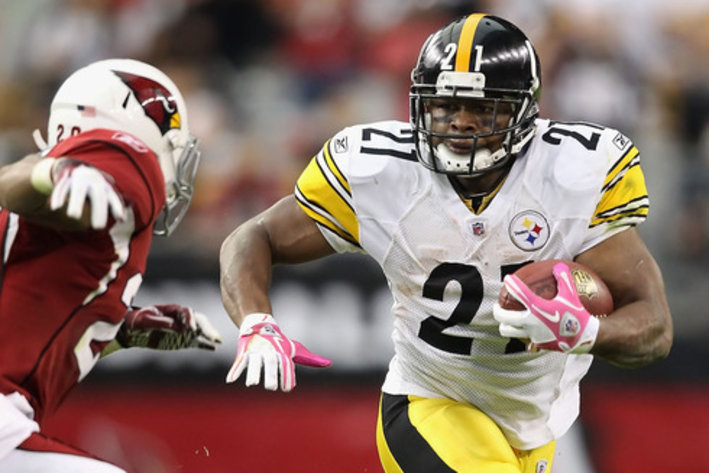 The delta between Stephens-Howling's high and low is dizzying. He could be the multi-purpose weapon the team desperately needs on the offensive side of the ball to help fill multiple spots, saving precious roster space for other positions. He could also be the proverbial jack of all trades, master of none, rendering him digging for another job.

The higher end seems more likely, as the Steelers begin the second session of OTAs. Under offensive coordinator Todd Haley, the Steelers threw short often, utilizing tight end Heath Miller, both as a receiver and a lead blocker. The wide receiver screen produced outstanding results (and a few nearly broken defensive backs who got in Miller's way). Stephens-Howling has the shiftiness to work well in short space, and the variety of Haley's offense can find seamless ways for him - or Bell, for that matter - to motion to the flat and catch short throws wide of the box.

If anyone is going to feel pressure to make an impact in offseason workouts, it's Stephens-Howling. He would have a role, but only if he's better than the players he'd be behind on the depth chart. Odd as it is, that's Stephens-Howling's reality.

You don't need the corkscrew until you need it. And when you do, it's the most important tool you have.