Troy Polamalu, Ryan Clark, and Ike Taylor all skipped the first day of the team's second session of OTAs.

Don't look too much into this, but 3/4 of the Steelers starting secondary have skipped the first day of the team's second session of OTA's.

The OTA's are voluntary, and each of these players have proven enough to the coaching staff to be able to get away with taking the time away, but I was hoping some of the vets would attend if only to provide leadership for the younger players coming in this year in the secondary. 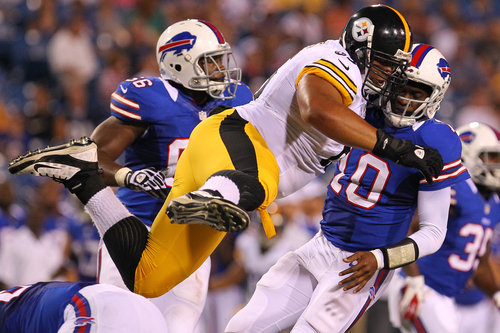 Obviously, the flip side to the veterans missing OTA's are that there will be more opportunities for Steelers rookies to exhibit their skills and learn from the coaching staff. Rookies such as Terry Hawthorne (who will be on the sidelines after a knee procedure) and Shamarko Thomas will be able to receive more playing time (in shorts), and receive more attention from the coaching staff, and with both expected to play significant backup roles this upcoming season.

OLBs are sharpening iron with iron 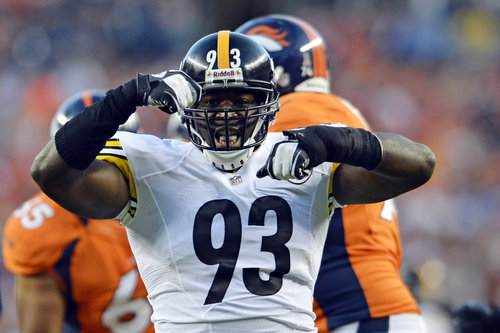 Veterans will also receive some extra attention from the coaching staff with the three starters missing camp. Cortez Allen should be a main target of coaching, as he is expected to take over the fourth starting spot in Pittsburgh's secondary. William Gay will need to get back into the swing of things after a season away from Pittsburgh, though it shouldn't take long for him to remember LeBeau's system. Josh Vitorian, Curtis Brown, and Robert Golden could all use some extra attention as they battle for roster spots and depth chart seeding.

Come to think of it, the veterans missing some of these early stages of team activities might be better in the long run, giving experience to younger players. Alright Ben, no need to show up for training camp, Landry Jones needs practice.