For the past few seasons, the Steelers relied on long-time veterans to backup their franchise quarterback. According to Kevin Colbert, it was time to change their minds.

Share All sharing options for: Steelers felt QB situation was getting old before drafting Landry Jones

Even the Pittsburgh Steelers thought their quarterback situation was getting a bit stale.

Granted, Charlie Batch has already exceeded the typical shelf-life of a pro passer, and Byron Leftwich creeps ever closer to the expiration date; but the teams feelings have nothing to do with either man's character, contributions to the team or chronological age. 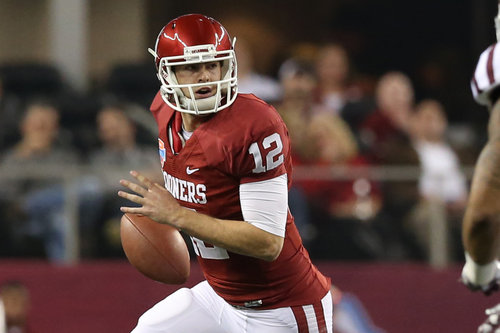 Scout,Inc.'s Todd McShay thinks fans are excited about the wrong Jones in Pittsburgh.

In a conversation with TribLive.com, Kevin Colbert opened up on several topics. One of the most interesting answers he gave came at the topic of drafting Landry Jones from Oklahoma in the fourth round of the NFL draft.

"Not to take anything away from Charlie or Byron, because they certainly bailed us out during their tenures here, but we wanted to be able to stabilize that backup position with less of a year-to-year type proposition."

If the age of either Batch or Leftwich have anything to do with their unemployment, it is how it affects the long-view. They became victims of more forward thinking, and less reminiscing.

No one will ever forget Batch's tears of joy on the tender shoulder of Ben Roehtlisberger after defeating the Baltimore Ravens in a - at the time - must-win game; nor should the dismiss Leftwich's efforts against the same Ravens team two weeks earlier, when the Steelers came up short in a game which Leftwich played through two broken ribs. Unfortunately, both men's careers were as fragile as their aging bodies appeared to be in 2012.

When dealing with players of advanced age, teams will shy away from long term deals because of the fear of dead money should the player retire and the uncertainty toward the individual's plan. For the past few seasons, the Steelers have strung along with Batch and Leftwich on usually one-year deals. Both were qualified veterans alleviating pressure off the front office to spend important draft picks on players who will hopefully never see the field.

In 2012, despite having two overly qualified men in reserve, the team deflated when Roethlisberger suffered his unique rib/shoulder injury. Leftwich barely lasted his only start of the season, and Batch barely broke even across his two attempts. 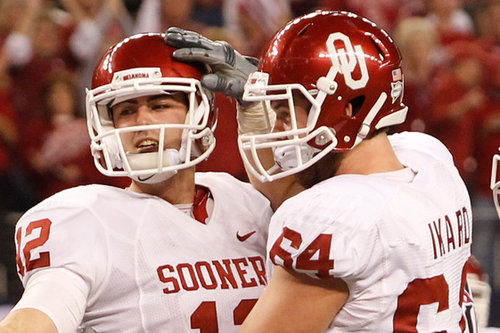 Is Landry Jones supposed to learn from Big Ben, or replace him? Anthony Defeo debates.

With Roethlisberger only getting older, the team decided it needed more durable understudies when, not if, their starter gets injured again and is forced to miss time. Instead of retreading either of their old faithfuls, the Steelers went in a new direction. They signed veteran Bruce Gradkowski, who is younger than either Batch or Leftwich and has proven to be more durable over his career, and John Parker Wilson during free-agency; and then grabbed Jones in the draft.

Jones will receive a four-year contract per the terms of the current CBA. Gradkowski was signed to a three-year deal. The Steelers wanted stability at the backup quarterback position, and now they've got it for at least the next three.

As Colbert acknowledged, the team wants Roethlisberger to retire in Pittsburgh. He stands a good chance of receiving a three-year extension following the upcoming season, pending a plethora of variables. However, many expected such an extension this off-season, but no result. He could play another ten years with Pittsburgh, or he could be forced out next season by injury. Jones may not have been drafted to replace Roethlisberger, but at least he will have time to develop in case of emergency.

While any Steelers fan would wish nothing but the best for those who represent the Black and Gold, if Jones never plays a single snap in Pittsburgh because a healthy Roethlisberger was too busy accumulating Lombardi trophies, I'm pretty sure they'd be ok with it.