Concerned about the Steelers passing game this season? You shouldn't be

The return of Emmanuel Sanders wasn't a stroke of good luck, it was simply confirmation the Steelers' passing attack will be loaded in 2013.

Share All sharing options for: Concerned about the Steelers passing game this season? You shouldn't be

Admit it. As a Steelers fan you got nervous about next season when you realized we lost one of the fastest threats at wide receiver in the league. There was also talk about Emmanuel Sanders departing to the Patriots, and that is when I will admit that I was questioning the Steelers offensive production next season.

Football in Shorts: Not exciting, but newsworthy 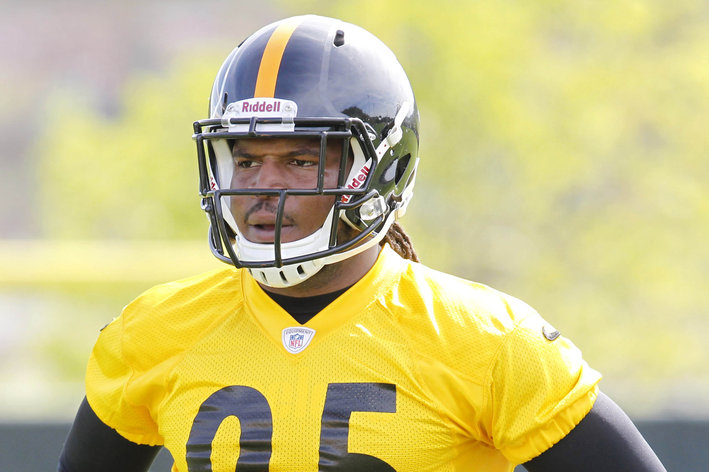 From Mike Wallace to Jarvis Jones, playing football in shorts isn't a big deal, until it is, writes BTSC's Anthony Defeo

God Himself must have opened the heavens to tell Sanders to stay in Pittsburgh, and that is a big reason why I feel the passing game in Pittsburgh will be just as effective, if not more so, than last year.

Looking at our depth chart, I feel cool, calm and collected. Why? Emmanuel Sanders is going to be our No. 1 receiver this year and he is going to definitely have his best offensive season yet. Antonio Brown on the other hand will continue to produce, but after last seasons performance and after receiving his awaited contract, he seemed to cool off.

Maybe Brown will prove me wrong and go back to his old ways.

Plaxico Burress hopefully has been working on his game this off season and in my opinion, Jerricho Cotchery will be a 500 yard, 5 touchdown player next season.

I honestly am not a huge Todd Haley fan but I see potential for him to create something special with Ben Roethlisberger. With the loss of Mike Wallace from our squad, Haley is going to target Heath Miller and David Paulson much more than usual. That will make Ben smile considering his favorite target is Heath. Keep an eye out for that.

How about the running backs? We may not have an Arian Foster or a Ray Rice to dump the ball to and hope for the best but we did draft somebody special. Le'Veon Bell is going to be that player that Roethlisberger can flip the ball to in times of trouble.

Overall, there will not be problems with the passing game this season for the black and gold. Relax all of you worried fans, Emmanuel Sanders is going to be the hero.