The former Steelers coach assesses the general direction of the Steelers offense, and likes what he sees.

Share All sharing options for: Bill Cowher thinks Todd Haley is 'one of the best things to happen' to Ben Roethlisberger

Former Steelers coach Bill Cowher is looking out for his former quarterback.

Appearing on NFL Network's NFL Total Access Thursday, Cowher spoke of the value of the Steelers' quick passing offense directed by Todd Haley, pointing out it may have "added years" to the end of Ben Roethlisberger's career. 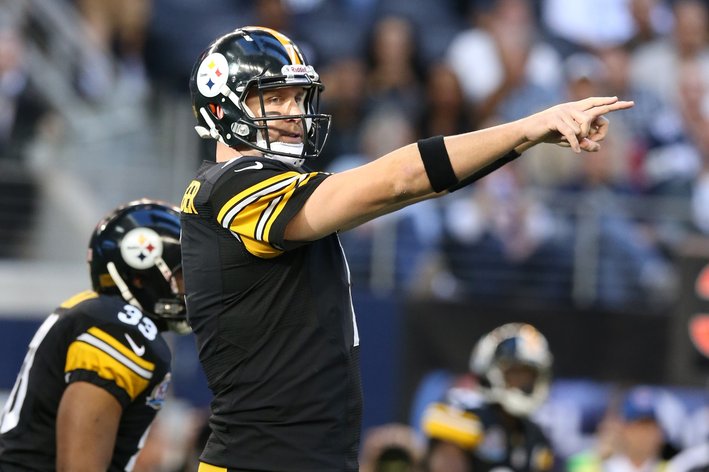 Roethlisberger, as Cowher mentioned, was playing at arguable the highest level he ever has through the first half of the season when a vicious sack by Kansas City's Tamba Hali and Justin Houston caused a rare SC joint separation. He missed three games, and his return to the field showed a much different player.

Cowher also spoke of the general ridiculousness that was Roethlisberger's No. 61 ranking in NFL Network's Top 100 Players list, stating:

"The guy is a winner, he's a competitor," Cowher said. "You put him in the fourth quarter, and I will take that quarterback over anybody in the league. The guy is very strong in the pocket, he can throw the ball accurately and he can move. He's a better athlete than you give him credit for. ... I think when you look at his numbers, prior to being hurt, they were his best numbers of his career. Yeah, I would say he's better than that whatever, that (No. 61 ranking)."