The real knock on Notre Dame offensive guard/center Mike Golic Jr. was his lack of size.

When traits like "competitive" and "tough" are listed as a player's strengths, it's hard to ignore him, even if he doesn't have ideal size. Listed as 6-foot-4, 300 pounds (a bit generous), he isn't a great athlete, but he's that kind of "phone booth fighter" that makes for a good interior lineman, if for nothing more than depth on an NFL team. 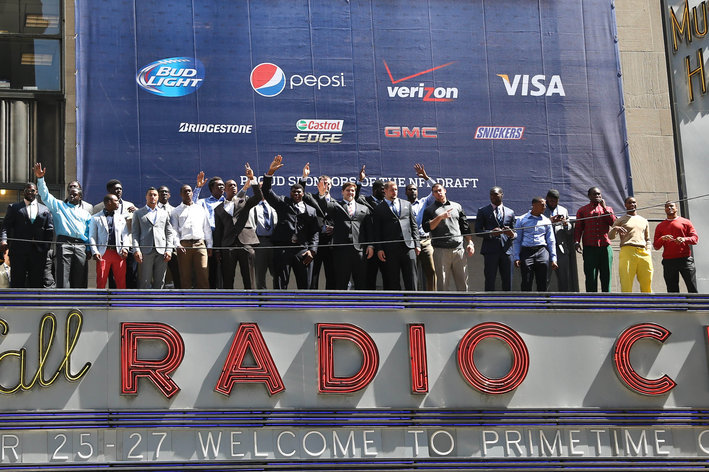 All of the Steelers draft picks as well as the undrafted free agents signed.

Dan Pompei of the Chicago Tribune and National Football Post recognizes those traits, naming Golic on his list of the Best Undrafted Players following the 2013 NFL Draft.

The Steelers signed Golic as an undrafted free agent, and received some positive praise after this weekend's rookie minicamp.

Likely a long shot to make the roster, it's still an outstanding time for Golic to impress coaches. The Steelers are thin along their interior offensive line, and do not have a center with NFL experience behind Maurkice Pouncey.

Kelvin Beachum, who started six games at right tackle as a rookie in 2012, is said to be moving inside, where he looks to be the back-up for both left and right guard. The Steelers didn't draft an offensive lineman, the first time that's happened since 2008.

The table is set for Golic, and according to Pompei, he won't let the opportunity pass.

"He may be a long shot, but his competiveness and toughness will serve him well in camp. If he gets a break, he will take advantage of it."

As it turns out, his father, ESPN radio host Mike Golic, hopes that's true as well. Seems like a more level-headed parent than some other players who didn't get drafted.