Even experts get caught up in the excitement of the draft, focusing on where rookies will impact teams in significant roles. Unless a team drafts some sort of kicker, nobody thinks about the rookies' special teams contributions.

Of the numerous shortcomings which led the Pittsburgh Steelers to an 8-8 record in 2012, none was more glaring than the issues with kick coverage and blocking on special teams - more specifically the incessant penalties which negated any and all forward progress.

While the 2013 NFL draft may have produced some building blocks for the Steelers future on a positional level, more importantly, Pittsburgh may have quietly corrected their special teams immaturity with younger men.

Shamarko Thomas, the undersized safety prospect which Pittsburgh trade up in the fourth-round to nab, is already impressing his coaches with his ball-seeking mentality; however, his greatest contributions could come on special teams, which Thomas is already fully prepared for.

"I know that as a rookie, you have to get your feet wet and special teams is a key to making the team."

What Thomas may lack in vertical stature, he makes up for with self-recognition - a sign of maturity beyond years. When most rookies are trying to figure out how to beat out veterans for roster spots and playing time, Thomas is trying to figure out where he can contribute to what is already in place.

Even though Pittsburgh traded up to land Thomas, he will still be looking up at four veteran safeties who are ahead of him entering camp. Ryan Clark and Troy Polamalu are locks as long as they are under contract. Sophomore Robert Golden impressed in 2012 through positional flexibility, playing both corner and safety positions last year, although he saw a majority of his snaps as a package corner, filling in on dime alignments. Da'Mon Cromartie-Smith is doing his due diligence to prove the Steelers were right to keep him around for the past three seasons.

"It’s a great opportunity to play for the Steelers, get out here and fly around. I am trying to learn as fast as possible, get a little head start. The veterans already know it, they are already up here. They know it."

Thomas realizes his peers don't have to learn the defense from scratch like he will. He may be short, but the height of his learning curve will determine if climbing up the depth chart is possible. So instead, he will follow the example of Golden, who made the final roster in 2012 as a fifth safety who contributed on special teams.

Special teams are a large part of evaluating players for depth roles. The Steelers are not shy about their emphasis on positional flexibility. Last season, Pittsburgh's bench was full of positional prospects asked to participate on special teams. This year, the Steelers unit will be full of guys who take special teams competitions as seriously as starting battles. These guys want to be there.

Thomas is not likely to be the only rookie to participate on special teams. Outside of possibly QB Landry Jones, where there is a will, there is a way. Jarvis Jones, should he struggle to make the field on defense, will most likely see some special teams duty like last year's rookie Adrian Robinson. Terry Hawthorne could earn a roster spot through special teams, sealing up a defensive back position by default, like Thomas and Golden. 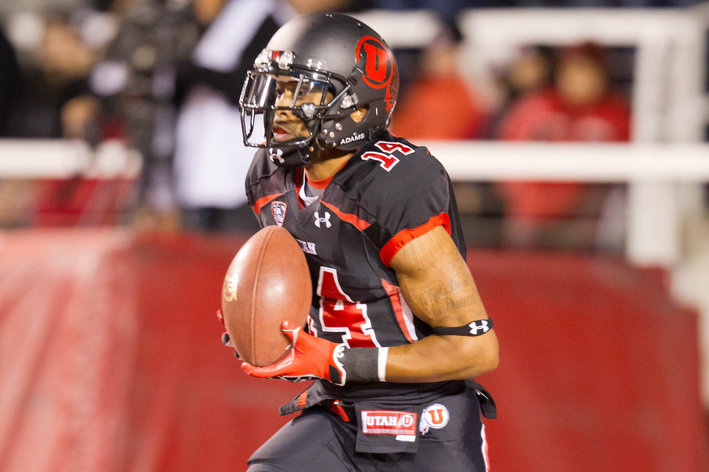 Steelers rookie undrafted kick returner Reggie Dunn is not at a loss for words when talking about his skills.

Last but not least, Reggie Dunn could be the return specialist the Steelers thought they had in Chris Rainey. Dunn does not have the character concerns Rainey carried. If he can prove his value by catching a few passes along the way, the Steelers would no longer have to worry about sending starting personnel like Emmanuel Sanders and Antonio Brown to return kicks.

Drew Butler and Brian Moorman are set to battle it out in camp for the punter position, after Butler posted terrible numbers in his rookie season. However, considering the lack of focus evidenced by so many needless penalties, Butler's numbers may not have been his own fault. Numerous times, the Steelers found themselves losing the battle for field position because of penalty, not the punter.

If Pittsburgh's special teams can focus on kicking the ball instead of their own butts, the 2013 Steelers could end up a special team after all.