Greene finished his third stint with the Steelers, likely ending a 27-year reign with the team that included six Super Bowl championships.

Not many in the Steelers organization have rings from all six Super Bowl championships. Even fewer earned Hall of Fame status as players before earning two others on the scouting side of the business.

And no other member of that elite club would have a nickname that's synonymous with "domination" as "Mean" Joe Greene.

He was, simply stated, the best player on the best defense in NFL history. He announced his retirement as a special assistant to Steelers general manager Kevin Colbert Monday, ending a 27-year run in different capacities, including Chuck Noll's defensive line coach from 1987-91.

Carnell Lake likes what he has in Hawthorne 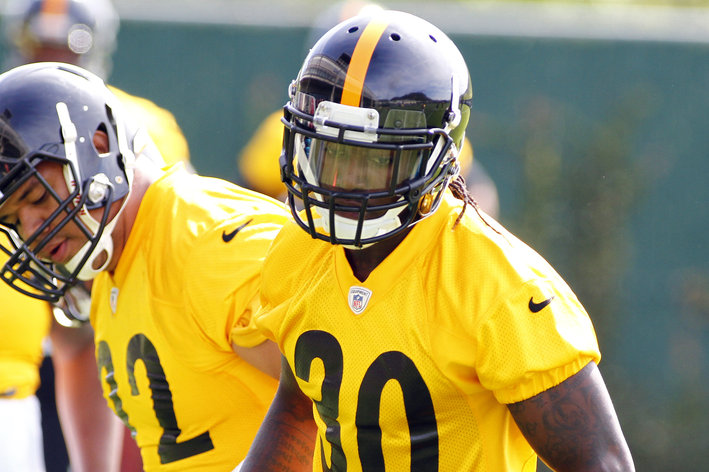 The argument can very easily be made Greene is the best interior defensive lineman in the history of football, and that distinction has carried with him ever since he retired from the Steelers in 1981.

Most recently, Greene made headlines by giving his stamp of approval on the new direction of the Steelers' offense, right after the team hired offensive coordinator Todd Haley.

Steelers and Jones a match made in Heaven

Before Super Bowl XLVI, played between the Patriots and the Giants, Greene told the Post Gazette:

"The thing that people don't understand with us, I've heard it said ... 'We want to throw the football because we have all the people.' Well, hell, [in the 1970s], we had Terry Bradshaw, John Stallworth, Lynn Swann; we had Jimmy Smith, we had the tight end. We could throw the ball when we had to, and we could run it when we had to. That's football! You do what you have to do when you have to do it -- run it when you need to, throw it when you need to. It's not all one way. I think that's what we didn't get."

The results of a much more run-oriented Steelers team may be more noticeable in 2013 than it was in 2012. They actually ran the ball less, although the argument can be made they held far fewer leads this past season as opposed to the 12-4 campaign of 2011.

The team's statement on Greene, as quoted by the Post-Gazette, is truly one reserved for a legend.

"There are very few people in the history of the NFL who have had a greater impact on one franchise than Joe Greene has had on the Pittsburgh Steelers.

"As a player, Joe was the cornerstone of the greatest defense of all time. As a coach, Joe helped Chuck Noll finish his tenure as Head Coach. Then we were fortunate to have Joe rejoin the organization in our player personnel department for the last nine years, which included two more Super Bowl championships. Joe has been an inspiration in this organization in many different capacities over so many years. We will miss Joe Greene, but he will certainly continue to serve as an ambassador of this organization for many years."