Marshall McFadden is preparing to earn his place in Steelers defense

McFadden performed well enough in camp last year to earn a practice squad spot, which he translated into an active roster spot by season's end. This year, he's doing what is necessary to take the next step.

Share All sharing options for: Marshall McFadden is preparing to earn his place in Steelers defense

When talking about the impending training camp position battle over inside linebacker roster spots with the Pittsburgh Steelers - do not underestimate Marshall McFadden.

McFadden will be entering his second training camp with the Steelers, although technically speaking, he is still a rookie. He spent most of the 2012 season on the team's practice squad, although he was promoted to the active roster late in the year to support special teams because of injuries. In 2013, he wants earn a promotion to the active roster full-time.

Because of the technicality which discredits 2012 as an accrued season for McFadden, he was presented with an opportunity to participate in the team's rookie orientation weekend. He saw it as an opportunity to better prepare himself for the competition which lies ahead of him.

Teresa Varley spoke with McFadden following the mini-camp, when he explained why he found attending so important for his future.

"It helped a lot. Coming in this year and taking that step again, it was an introduction again. It was great for me because I got a better understanding because I had a year to develop. My mind is clear enough to understand it this year. It was a great refresher for me."

"I am classified as someone that has to take a big step this year. Once the OTAs start it can do nothing but help me by knowing what to do, playing faster, knowing where to be, where to go. This was perfect for it."

Most first-year players struggle to get up to speed with defensive coordinator Dick LeBeau's multifaceted schemes. Players can get complacent during their time off, being away from the playbook and the team. It can be quite detrimental to younger players who are still learning such a complicated system. McFadden saw the rookie weekend as a chance to work one-on-one with the coaches, to sharpen his skills giving him an edge when he enters the next stages of team activities.

"I can gain a real understanding for our plays, listening to Coach Butler and Coach LeBeau running through the fundamentals and helping with what I was struggling with last year. The most important thing is just understanding our plays, that we do things a certain way. It’s good when you get the opportunity to talk to your coach. When the older guys get here a lot of attention goes to them. During the rookie minicamp the coaches can spend more time with the younger guys and get a better feel for you. It makes you feel a lot more comfortable."

According to various reports from the orientation, McFadden looked plenty comfortable. Mark Kaboly even raved over McFadden's "power and potential". With the playbook fresh in his mind, McFadden will be a serious contender when the team decides its depth chart at his position.

Steelers Hall of Fame DT 'Mean' Joe Greene says players today aren't the same as they were in his generation.

Lawrence Timmons is a lock to make the roster as long as he is healthy and the team can afford him. After Timmons begin the question marks. Larry Foote had one of his best years as a professional, but still is a coverage concern. Many hoped Sean Spence would eventually replace Foote beside Timmons, but it will be at least another year before a timetable for return can be established. 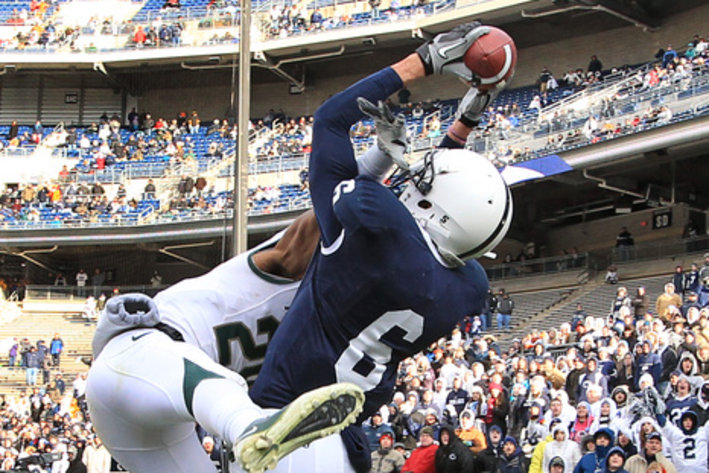 The Steelers will carry at least four interior linebackers, meaning two open spots remain to be decided among several worthy applicants. Pittsburgh picked Vince Williams in the sixth round of the draft, and they re-signed free-agent Stevenson Sylvester. In addition, the team brought in former Eagles linebacker Brian Rolle, who has the physical skills but carries character concerns.

However, of all those competing for spots, only McFadden and Williams had the opportunity to attend the mini-camp as participants. Perhaps McFadden's early start and time with the team last year, will but him in prime position to play a more prominent role in the Steelers defense.