As the team wraps up its final organized team activities this week as they prepare for training camp, one of the most interesting position battles could be between two players no one wants on the field.

When the Pittsburgh Steelers open training camp in July, all eyes will be focused on the battles taking place at outside linebacker, running back and defensive line; however, one of the most important to the team's success could be waged with little notice.

New offensive line coach Jack Bicknell, Jr. will notice. To Bicknell, not only will it be one of the most important positional battles of the off-season; it's his job-one.

"We have to develop some backups. That's my biggest concern right now. I think the starting five will be fine; although, you know, especially the two tackles, they're a little bit untested. They've got to be able to last for a 16-game season. I think my big concern right now is developing some of these backups so that you're ready to at least have seven on game day and then the eighth if you need him." 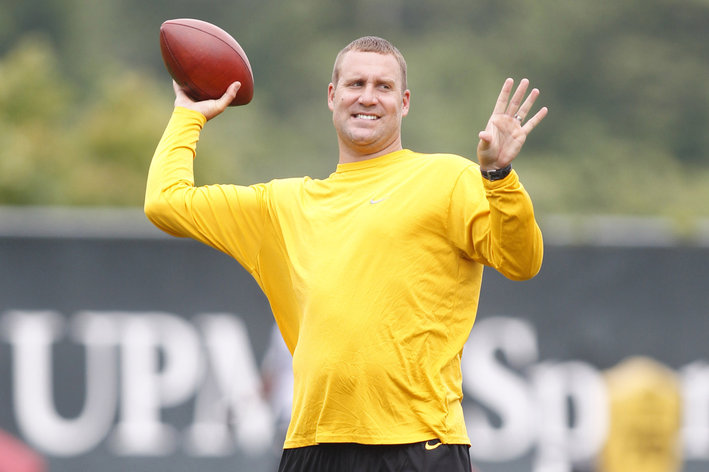 Check out all the latest BTSC has on the Steelers' minicamp being held this week in Pittsburgh.

Third-year player Marcus Gilbert and sophomore Mike Adams may be "untested", but they have been deemed worthy of holding down the starting spots; as evidenced by Max Starks employment by the San Diego Chargers after being one of the few offensive linemen - and Steelers, for that matter - not needing replacing in 2012 due to injury. Ramon Foster has gone from ultimate backup to full-time starter, and David DeCastro attempts to play a full season after having his rookie campaign cut short in the preseason, last year. Maurkice Pouncey remains the keystone which holds the whole unit together. Unfortunately, the knowns stop there.

Last year's seventh-round surprise Kelvin Beachum played respectably at right tackle for six games, after both Gilbert and Adams were each lost to their own ailments. This off-season, the team has been attempting to groom him for interior work, but the stabbing of Adams has found Beachum back at right tackle with the first-unit during practices. Whether Beachum finally hits the depth chart at guard, tackle or even center seems to be the bigger question than whether he will make the team.

The problem is, Beachum only makes six men. Bicknell is clearly looking for at least eight.

The only other veteran remaining from last year is guard John Malecki. The worrisome tackle positions are chocked full of talent even more untested than the team's two earmarked starters. The only "tested" man of the group is Guy Whimper, a free-agent tackle from the Jacksonville Jaguars. Everyone else is technically a rookie.

The battle to be man number seven could eventually be decided the players' ability to play left-tackle. The Steelers currently have four men who have proven capable of playing right tackle (Gilbert, Adams, Beachum and Foster), but only Gilbert has shown any potential for the left side.

Second year player, and brother of St. Louis Rams tackle Jake Long, Joe Long has been taking most of the second team reps at left tackle; although serious grading must be postponed until training camp, when helmets and pads are added to the short-driven ensemble. If Long is able to cement himself in behind Gilbert, the team may choose to let Whimper walk before the season. Granted, veteran experience is not something to take for granted; but the team is looking for production now, not potential or the past.

Bromance of Haley and Ben continues

Several reports last season indicated the relationship between Ben Roethlisberger and Todd Haley wasn't all that positive. That seems to have changes, writes BTSC's Neal Coolong

With Beachum and Foster both capable of moving out to right tackle in case of gameday emergencies, the Steelers may decide to keep reserve guards to support the intention of utilizing Beachum or Foster in such a role; leaving the tackle competition to be judged by left-side proficiency. Rookie Mike Golic Jr. has been taking snaps at tackle, but has experience in the interior from his Notre Dame days. The team also is looking forward to seeing what they have in Nik Embernate, although his best hope may be the practice squad.

If the Steelers are able to stay healthy this year, whether through luck or conditioning emphasis, the 2013 model could boast the best offensive line the team has enjoyed since their 2005 championship configuration. If Bicknell can develop the team's young backups, it could be one of the deepest groups of more than a decade.