The only player on the roster yet to sign a contract, continues to feel like a team afterthought as he remains dead last on the team's depth chart in OTAs.

If someone was placing odds on the likelihood of draft picks surviving final cuts following the close of training camp, the Pittsburgh Steelers fourth-round pick Landry Jones continues to look like the longest shot of all.

Gradkowski subs in for Roethlisberger 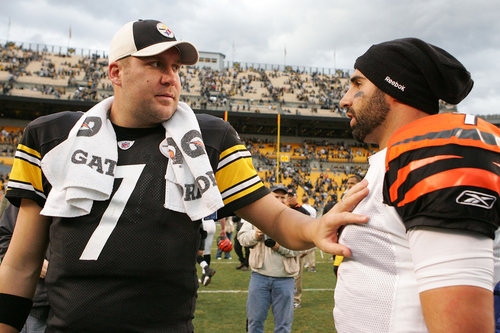 With Big Ben out until training camp, Gradkowski will take over for him during first-team snaps.

According to Steel City Insider Jim Wexell, Jones remains the low man on the totem pole. With Roethlisberger deactivated until training camp after a minor procedure to clear up meniscus damage in his knee, Bruce Gradkowski has been promoted to first-team duty. John Parker Wilson, who was picked up following the end of the 2012 season, is working with the second-team; leaving Jones to fill in with the third unit.

Jones remains the only unsigned member of the Steelers 2013 draft class, without any official reports defining the reason for the delay. The consensus of those following the team reserved rookie contracts as post-June 1st activities, when the $5.5 mil in cap space saved by Willie Colon's release cleared the ledger. The team managed to sign five of their picks (Shamarko Thomas, Vince Williams, Markus Wheaton, Terry Hawthorne and Justin Brown) before the expected deadline, and signed three more (Jarvis Jones, Le'Veon Bell and Nicholas Williams) on Tuesday. 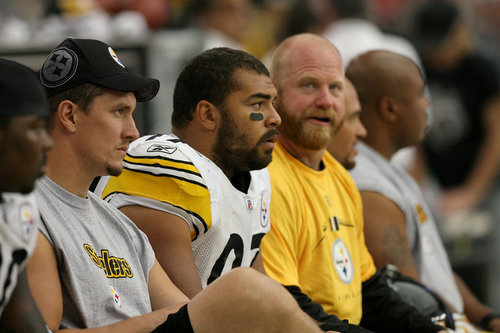 A Steelers legend returns to training camp sidelines on a scouting internship this summer.

During rookie orientation weekend, Jones was described as less-than-impressive. Mark Kaboly described Jones as being out-thrown by Caleb Turnbush, an undrafted rookie out of Purdue who had been invited for a try-out. However, Jones is the quarterback remaining on the roster.

Jones will still have plenty of opportunity to take over the third spot from Wilson, with team mini-camp and training camp yet to take place; however, he will need to make the most of this time while Roethlisberger recovers, if he doesn't want to be the odd man out when the season opens. The Steelers will only keep three, and the chances of Jones finding the practice squad are slim to none if history has anything to say about it.

Perhaps Wilson remains ahead of Jones for the sake of evaluation during this stage of the off-season. Obviously, the team feels Jones has the potential to make it in this league, or they would not have taken him as early in the draft as they did. However, if he doesn't begin invoking some confidence in the coaching staff and front office soon, his NFL career could come to an early end before it ever began.