The Steelers lost two starters for what’s expected to be a shorter amount of time before OTAs concluded Thursday. More action occurred off the field than on it this week.

PITTSBURGH -- The final week of OTAs for the Pittsburgh Steelers was productive in many ways, but it didn't just happen on the practice fields.

The Steelers signed several draft picks this past week, including their No. 1 and No. 2 picks -- linebacker Jarvis Jones and running back Le'Veon Bell -- and amazingly have just one unsigned player from the nine they selected during the 2013 NFL Draft at the end of April. Only quarterback Landry Jones, a fourth-round pick, has not been signed.

This is unprecedented for the Steelers. While the times have been changing in recent years and draft picks are inking deals faster than ever, first-round selections don't usually sign until sometime in July, right before training camp. The Steelers didn't sign last year's top pick, David DeCastro, until about a week before training camp. Occasionally, top picks miss the opening day or two.

Others have held out, but once a handful sign, the slotting process begins. Jarvis Jones is among six first-round picks to sign so far this year. He got a four-year deal for $8.705 million. Kenny Vaccaro signed a four-year agreement with the New Orleans Saints to break the ice for first-rounders. Less than 24 hours later, the Detroit Lions signed Ziggy Ansah, fifth overall, to a five-year deal.

Once Landry Jones signs his contract, it will mark the earliest time that the Steelers have had all their draft picks under contract. That makes for one less possible distraction heading into training camp. In a critical season for many Steelers, the club is going to need all hands on deck from the outset.

Big Ben Under the knife 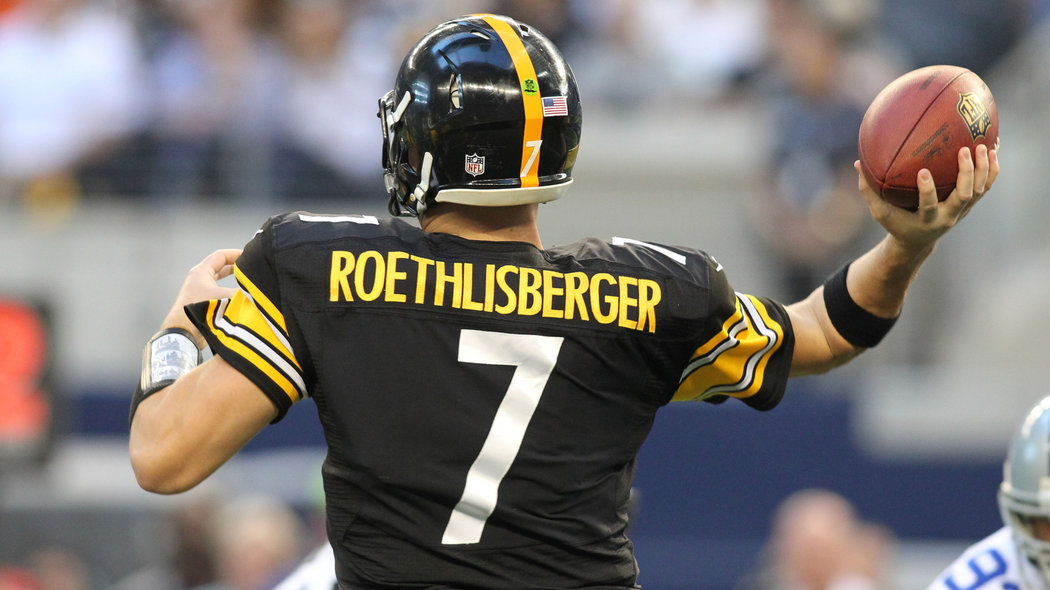 Ben Roethlisberger elected to have knee surgery this offseason. The procedure was minor, and Roethlisberger is not expected to miss any time, according to Steelers head coach Mike Tomlin.

This was important as well, to have quarterback Ben Roethlisberger get his surgery now. Remember last year, when linebacker James Harrison just rehabbed his knee last spring and summer and then finally had the surgery before the season. That huge mistake was not repeated, as the Steelers are hopeful they can avoid future issues with Roethlisberger's knee.

There is one thing that can hopefully be cleared up next week, if Roethlisberger is a spectator at mini-camp, and that's which knee was operated on in 2005. There are mixed reports. Ben's agent, Ryan Tollner, has said he had the left knee scoped after the 2005 injury. Reports from that time said it was the right one. So, it's just something that needs cleared up.

Mike Adams On the Mend

Can the Steelers' offensive linemen get a break? A unit that has been ravaged by injuries in recent years took another hit when Adams was stabbed in an apparent robbery attempt last weekend. Fortunately, Adams was not severely injured, and he is expected to be back for mini-camp next week.

Adams' quick development last season was a boost for the Steelers' offensive line, and his continued improvement should provide stability for a position that could be among the team's strongest in starters but weak in depth.

Getting in their kicks

The Steelers practiced at Heinz Field Thursday, and the club's place-kickers and punters got a chance to try a few kicks. With the wind and rain making conditions similar to the regular season -- minus the cold weather -- incumbents Shaun Suisham and Drew Butler, along with competition Daniel Hrapmann and 13-year veteran Brian Moorman, respectively, had their work cut out for them.

Moorman could be the club's best offseason signing. Butler was average, at best, as a rookie last season. So, Moorman would be a huge upgrade if he could return to his Pro Bowl form with the Buffalo Bills.

Steelers coach Mike Tomlin commented about the day in the rain.

"We did a little red-zone work. I liked the energy and enthusiasm with the group. But all in all, it was just a good work day. We will push forward into next week with our next opportunity to take the grass and get better.''

The Steelers practice from about 1:50 to 4 p.m. Tuesday and Wednesday. The workout is scheduled to begin at 11:25 a.m. Thursday, but it could end early. The mini-camp practices are mandatory, so all the Steelers are expected to attend. That includes Troy Polamalu, who only was at the first week of OTAs before leaving to train in California. Ike Taylor missed Week 2, and Ryan Clark missed a couple days as well. Otherwise, the majority of the team attended.