While Detroit's Calvin Johnson stands alone, the wide receivers sitting at 2-8 could very well be interchangeable due to their ability as well as the passing priority in their respective offenses.

The basic rule of supply and demand plays heavily in Fantasy Football.

The first two players taken in most Fantasy drafts this year will be Vikings running back Adrian Peterson and Texans RB Arian Foster. The reason is because there are very few running backs who will get such a large percentage of their team's touches, assuming they stay healthy (and if they do not, those picking first and second will curse their fate and swear off Fantasy Football...until next year). 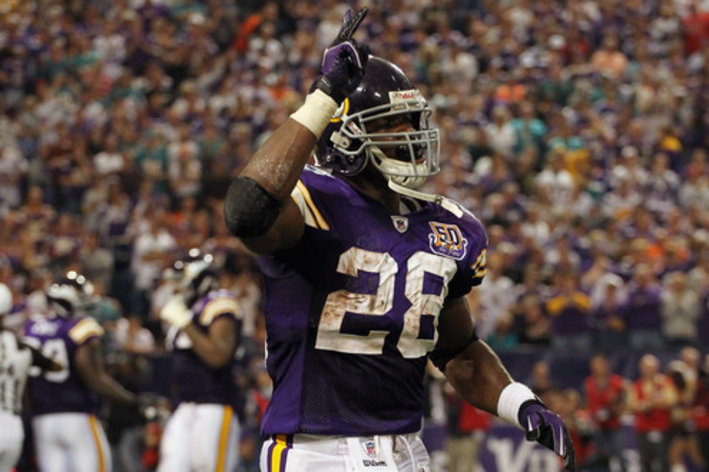 The running back position remains the most important in Fantasy Football.

The wide receivers have several high-end players, and it's very possible ones taken in the third round will put up similar production as Peterson and Foster.

That's the passing NFL for you.

Lions WR Calvin Johnson had one of the best individual seasons a receiver has ever had in 2012, logging 122 catches and 1,964 yards. He only had five touchdowns, but that's the oddity, not the norm. While 122 and 1,964 are probably going to be a bit higher than what he'll finish with, 95 catches with 1,500 yards to go along with 10 or more touchdowns seems like his basement, while they're the ceiling for the rest of the league.

Dallas's Dez Bryant is an intriguing option in Dallas's pass-heavy offense. Looking at him, Chicago's Brandon Marshall and Cincinnati's A.J. Green, it seems like the only thing stopping them will be their team's offense more than their level of talent. Any one of the three of them could go 2-4 on this list.

It's hard to even suggest Atlanta's Julio Jones is outside of that group as well. The Falcons produced a prolific passing offense in 2012, and little suggests that won't continue, with Jones being the team's big-play option.

Basically, 2-5 are interchangeable between Green, Bryant, Jones and Marshall and all will be gone by early in the second round.

There are still great options after them, too. DeMaryius Thomas is the kind of receiver Peyton Manning barely has to throw on target to in order to get completions. Vincent Jackson had a quiet year in terms of anything but statistics in 2012, and should have a repeat performance of his 1,300 yards and eight touchdowns 2012 season. Larry Fitzgerald will benefit from Bruce Arians' "throw at all costs" offense in Arizona, and Victor Cruz should have another big season with the Giants.

The standard in Fantasy Football seems to have shifted toward three wide receiver starting lineups due to the increase of passing, and with it, the prolific stats from receivers. It doesn't quite bump the position to the most coveted in the basic strategy of the game, but there will likely be a big run on receivers around the eighth pick and beyond.