Steelers release 'A Day in the Life' video of Jonathan Dwyer

Pittsburgh's running back, Jonathan Dwyer, provides insight on his life as a family man and his best moments of 2012.

Share All sharing options for: Steelers release 'A Day in the Life' video of Jonathan Dwyer

The Steelers’ “A Day in the Life” series continues with Pittsburgh’s leading rusher of the 2012 season, Jonathan Dwyer. Dwyer takes us to his parents’ house in Marietta, Ga., where we meet his family.

We first visit the family shrine to their sports achievements. Decorated game balls, trophies, pictures of gameplay and framed sports articles fill the room with stories of the Dwyer family’s athletic history. As you get a glimpse of the Dwyer family you begin to understand just how much Dwyer is a family man. 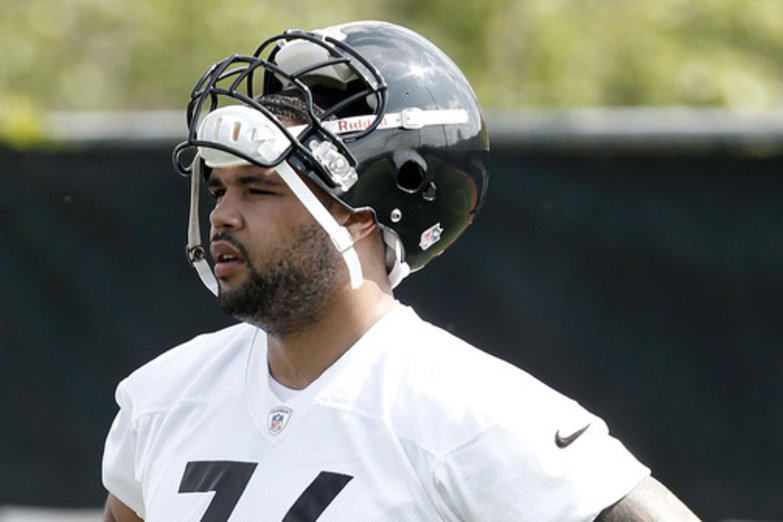 Steelers OT Mike Adams spoke at the preliminary trial against his accusers after Adams was stabbed in June.

As the wife of the Steelers’ running back brings out their child, you hear how Dwyer’s world changed with the birth of his son. His love for his family highlights the segment with his pride in being a father, a brother and a caring son. He even takes the camera crew to his brother’s college baseball game where he and his wife watch on in support.

No. 27 reminisces on his first career NFL touchdown when the Steelers visited Baltimore this season. In the play that was arguably Dwyer’s best highlight of the season, during one of the Steelers’ biggest wins of the season, Dwyer mostly credits Batch for his irregular block in the Ravens’ secondary and remains humble about the experience.

Dwyer’s 2012 performance was not enough for the Steelers to put faith in him as a starter. As Rashard Mendenhall left for Arizona, Pittsburgh used their second selection in the 2013 draft to add a top running back of this year’s class, Le’Veon Bell.

Dwyer packs a power running style with nimble feet and can hit a hole with expediency. However he still lacks the endurance to be an every down back on a drive. Often Dwyer could be seen asking for relief after he made solid runs this season, which is not encouraging of him being the feature back of the offense.

As a young 24 year old with 3 years of experience, Dwyer could prove a valuable veteran in the coming years to make a powerful 1-2 punch to complement Bell if the rookie proves effective in the league. The NFL has featured several running back tandems of late, including the Super Bowl XLVI champion New York Giants with Ahmad Bradshaw and Brandon Jacobs.

Look for Dwyer’s veteran experience to compound on with his youth to make him a solid spell option in Todd Haley’s ground strategy in 2013.