Bert Reed joins Weslye Saunders as second former Steeler to be suspended for violating the league's substance abuse policy on the same day.

Yesterday was not a good day to be a former member of the Pittsburgh Steelers. Joining Indianapolis Colts tight end Weslye Saunders in the NFL doghouse is free agent receiver Bert Reed.

Reed entered the NFL as an undrafted free agent in 2012 out of Florida State University. The 5-foot-10, 180+ pound receiver signed initially with the Cleveland Browns, but did not survive final cuts. He signed with the Tampa Bay Buccaneers practice squad on September 2nd, but lasted only two days. Reed joined the Denver Broncos scout team on October 2, but lasted only a week. 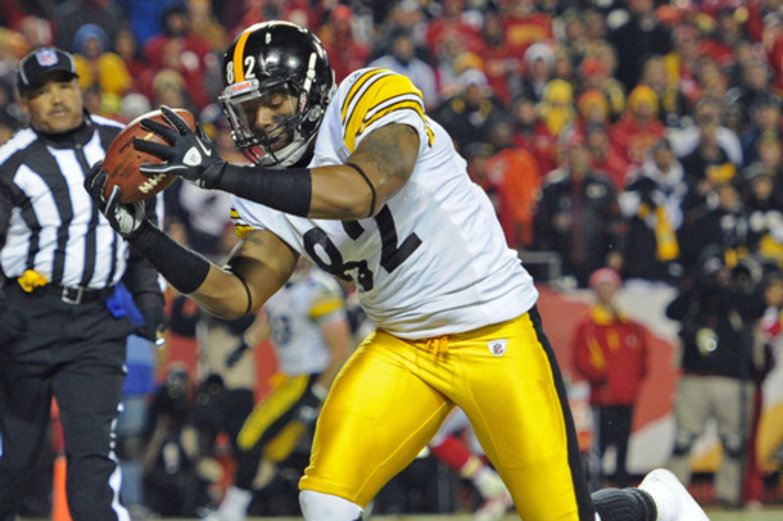 Former Steelers TE Weslye Saunders, now with the Colts, was suspended eight games by the NFL for a violation of the policy against performance-enhancing substances.

Reed joined Pittsburgh's practice squad on November 28th - a busy day for the scout team, when Toney Clemons was signed away by the Jacksonville Jaguars, John Malecki was promoted to the active roster and Josh Victorian was released. Victorian would eventually end the season on the Steelers active gameday roster.

Reed managed to stay within arm's reach of Pittsburgh's scout team for the remainder of the year, and then held on throughout the first half of the off-season; but when the team was able to acquire Markus Wheaton and Justin Brown via the NFL Draft, the roster became a bit crowded at wideout with Reed deemed the most expendable.

Reed was released soon after the draft. His off-season roster spot was given to former Buffalo Bills and Dallas Cowboys pro-bowl punter Brian Moorman, who is expected to battle with 2012 rookie Drew Butler for the right to punt for PIttsburgh in 2013. Reed has remained a free-agent ever since, and unfortunately may remain so indefinitely.

Specific details as to the reason for his suspension have not been determined as of yet. Whatever it was, it may have cost Reed his slim chance of reviving his career which never officially began despite being a member of four different rosters.

Teams already weren't knocking down his door to offer new contracts. Wearing the scarlet letter of a four game suspension for violating the NFL's substance abuse policy will most likely only scare off any team looking for receiving help.