Teams only have so many opportunities to prepare for upcoming seasons and weekly games, and the newest CBA limits those chances even further; but does focusing on winning now damage the odds of winning later?

Share All sharing options for: Does contending for championships negatively affect player development?

It has been said, 'time flies when you're having fun'. Athletes tend to have more 'fun' when they're winning. No one understands how quickly life in the NFL can pass by more than Stevenson Sylvester, linebacker for the Pittsburgh Steelers.

Sylvester was originally drafted in the fifth round (166th overall) of the 2010 NFL Draft by Pittsburgh. In a recent appearance on the Player's Platform Show by College2Pro.com, Sylvester talked about his disbelief over 2013 being his fourth year in the league.

"It has gone by so fast. I can't believe I'm at year-four. I'm still thinking we just got done with the Super Bowl, or I'm still thinking we're in the playoffs my rookie year. It has flown by, and coming from a lot of the guys, they say the same thing. It'll go by really fast, so you gotta cherish every moment and take advantage of every season. With all of the talent coming into the league, you can be out of the league that fast, too."

Sylvester suffered the same fate as Lee Flowers - being drafted by the Steelers during a losing Super Bowl season. Flowers entered the league during Bill Cowher's first attempt against the Dallas Cowboys. Sylvester's team lost to the Green Bay Packers under Mike Tomlin's leadership.

Flowers attested to the overwhelming experience of going from being on a Georgia Tech team which never won anything, to being a part of a championship contender with Pittsburgh. Sylvester came from a slightly more successful Utah team, but they never competed in a national championship game.

However, neither player experienced all glory in their first years. Flowers' team was the first Steelers squad to lose a big game after infamously going 4-0 under Chuck Noll's guidance in the 1970s. Pittsburgh fans had waited 15 years to return to the 'promised land' only to get the Moses treatment as the game was eventually thrown directly into the waiting hands of the Cowboys' Larry Brown. Sylvester's team endured a similar letdown with fans who were becoming expectant of victory after the Steelers won titles in 2005 and 2008. Both men learned the hard way that losing was not tolerated in Pittsburgh. 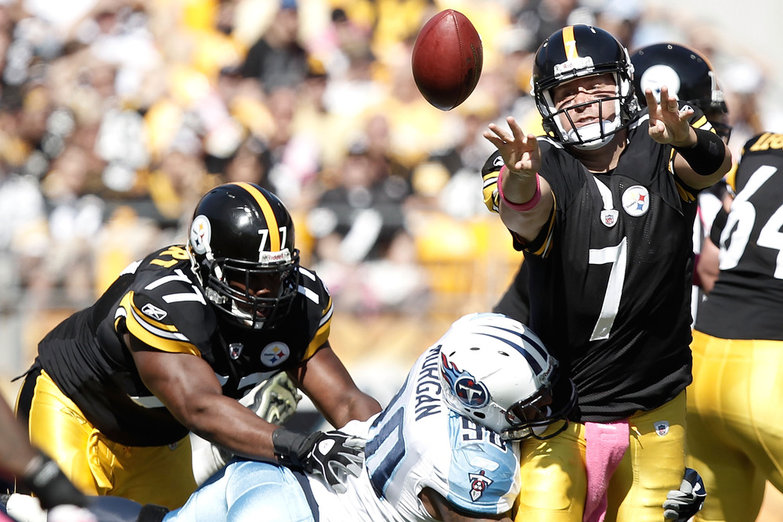 Flowers eventually earned a starting job in 1998 when an injury to Chad Scott forced Carnell Lake to vacate his safety spot and move to corner, but Flowers' team never returned to the Super Bowl. Sylvester has remained a backup so far because of guys like Lawrence Timmons, James Farrior and Larry Foote always ahead of him on the depth chart. It has yet to be seen if the Steelers will return to the big game while Sylvester is still on the roster. Neither player experienced being a member of a group which had to earn its right to contention.

Is there a different mindset between teams who have to work their way up from the bottom, and those who are already near the top just trying to maintain?

The modern championship era in Pittsburgh has been ripped by pundits for hanging onto veterans for too long, although it's hard to blame a team which is raking in trophies for not fixing what isn't broken. However, those same teams have unraveled at times when injury and free-agency forces younger reserve players into more prominent roles.

The 2012 season was a glaring example, as the team lost two quarterbacks, three offensive linemen, three receivers, three linebackers, two defensive backs, a Heath Miller and others at various points throughout the year; yet some still can't understand why a team which posted two consecutive 12-4 seasons could fall to 8-8. When younger fill-ins like Curtis Brown or Josh Victorian struggle to match the execution level of those they try to replace, people begin to question the quality of depth.

When history teaches us 'practice makes perfect', how is it possible to expect perfection from those who do not receive the same number of practice reps as starters?

Due to the physical nature of football, teams can only practice so much in a day. Players need just as much rest as they do repetition, or bodies begin breaking down. Thanks to the latest CBA, practice times have been reduced even further; not to mention the lack of quality reps as full contact has become minimized, especially during pre-season and off-season activities. As a result, there are only so many practice reps to go around, which are usually spent on starters as weekly game plans are installed.

As even the finest blade cannot sharpen itself, a football player cannot hone its skill without being pressed into the abrasive reality of game conditions. Practice can only do so much for the less talented, but even those with superior talent still need the practice to stay sharp or pierce starting lineups.

As the Steelers prepare to enter the 2013 season, fingers have begun to point toward players like Sylvester, Ziggy Hood and Jason Worilds who appear to have not lived up to expectations as they enter the final years of their contracts. Worilds has spent most of his time in Pittsburgh hidden in the shadow of James Harrison and LaMarr Woodley. Hood has had more real playing and practice time than the other two mentioned, but even he continues to be compared to his predecessor Aaron Smith.

Sylvester has become notorious for his work on special teams, but has rarely taken the field under his inside linebacker label. Unfortunately for Sylvester, patiently biding his time covering kicks and staying in shape have not been enough to maintain his spot on the depth chart. Originally slated to be a restricted free agent this year, the team instead offered him no tender, then re-signed him to a cheaper salary as camp competition -- at outside linebacker -- in a year he probably expected to be the primary backup behind Timmons and Foote; except now the team has a mending Sean Spence, a blossoming Marshall McFadden and mature rookie Vince Williams in his place.

Before Sylvester really had a chance to prove himself, his chance has gone to someone else. Instead, Sylvester finds himself in the role of veteran, expected to help younger players learn, when he is still learning himself by his own admission. Similar fates may be awaiting other players like Curtis Brown or Cameron Heyward, who continue to play behind players firmly entrenched in their starting roles.

With practice rules being what they are today, teams are forced to make a choice: either drill all players the same for the sake of depth development, or primarily drill starters into perfection. Perhaps teams forced to work their way up choose the former as coaches are constantly evaluating all talent to determine the best starting configurations, while those maintaining their contention feel obligated to choose the latter. However, when the second option is chosen, players like Sylvester can slip through the cracks.

Either way, making the choice comes with a price. Winning now may damage long term success, while working toward the future diminishes the chance of winning in the present. Teams who choose to win today must rely on their scouting department to find players like Cortez Allen who have the talent to overcome the lack of focus in practice. However, players like Allen are rare.