Many key players contributing to a .500 season are gone. Does that make the Steelers better or worse? It could be either, and that's an important point as the Steelers head to training camp in less than one week.

Share All sharing options for: Steelers training camp talkers: The bigger picture in Pittsburgh is cloudy

If a team loses a bunch of marquee players from an 8-8 team, does that mean that same 8-8 team is in trouble? Steelers general manager Kevin Colbert doesn't necessarily say, but he does point out those marquee players were all part of an 8-8 team last year.

Neither Colbert, nor the Steelers, appear to be in a position to be bullied. 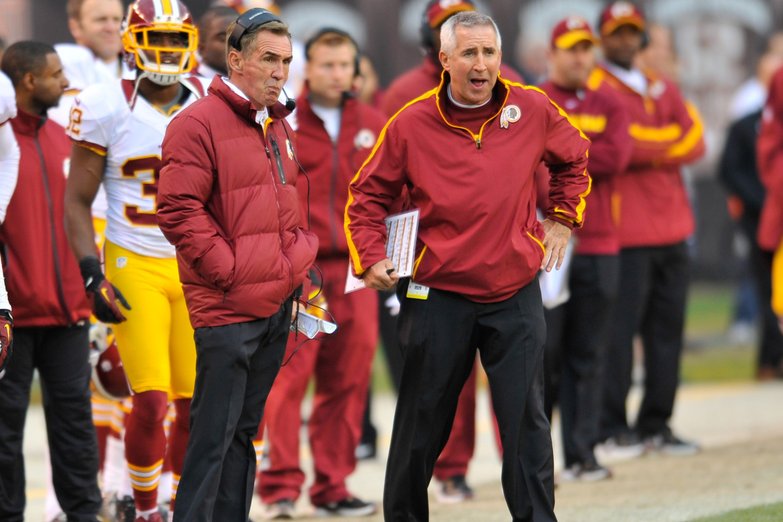 The impacts of Richard Mann (WRs), Danny Smith (Special teams) and Jack Bicknell, Jr. (offensive line) will be critical in the Steelers' efforts to rebound from an 8-8 season in 2012.

Post -Gazette reporter Ed Bouchette highlights the Steelers' main issues heading into training camp - beginning Friday at St. Vincent College in Latrobe, Pa. He touches on Colbert's message, which rang loudly and truly to all paying attention this offseason. The past production of wide receiver Mike Wallace, outside linebacker James Harrison, cornerback Keenan Lewis and others no longer matters.

Their production led to a .500 team. That team needs a different kind of production.

The search for that begins Friday, and, according to Bouchette, it starts with veteran quarterback Ben Roethlisberger.

The version of Roethlisberger that left the field at MetLife Stadium after a win over the host New York Giants in Week 9 never came back. The Kansas City Chiefs did an outstanding job defensively of limiting Roethlisberger in the first half of the Steelers' eventual overtime win, but dealt what would end up being the fatal wound on the season early in the third quarter.

Roethlisberger was crunched by OLBs Tamba Hali and Justin Houston, leaving Roethlisberger to sustain rib and shoulder injuries on his right side. He left the game and did not return to the field until Week 14 - and it's debatable whether he should have been back, judging by his level of play.

It was obvious he didn't trust what he had physically. That affected his decision-making, and the Steelers, winners of just two games in their last seven - missed the playoffs having lost three of their final four with Roethlisberger under center.

Protect Roethlisberger from himself

They can do that not just through an improved effort in pass protection, but by running the football consistently. The selection of Le'Veon Bell in the second round was aimed to help a lackluster running game, but the improvement of center Maurkice Pouncey and right guard David DeCastro, as well as the establishment of both tackles, Marcus Gilbert and Mike Adams, as nasty, mean run blockers will be essential.

It's not just that losing Wallace, the team's leading receiver in each of the last three seasons, will be an issue. It's who else is there. Wallace wasn't the only receiver who's numbers fell off in 2013; Antonio Brown dropped off his 1,000 yard level in 2011 despite having the benefit of eight targets a game - second only to Wallace on the team. The two receivers who's numbers improved with Todd Haley at the helm last year were Heath Miller and Emmanuel Sanders. Miller is expected to start training camp on the PUP list, which could carry over to the regular season as well. It's Sanders' opportunity to show his long-term value, not just with the Steelers, but with any team.

Re-introduce the concept of takeaways

There was this cool thing that used to happen when the Steelers did not have the ball. Their defense took it away from their opponents. Sagging along the bottom of the league in takeaways over the last two years, there is no doubt this defense, while stingy in terms of yards allowed, has simply lost its ability to create turnovers. Steelers defensive coordinator Dick LeBeau has been emphasizing the importance of this, and to an extent, turnovers are a right-time-right-place sort of thing, but it's seemed the aggression of landing hits from the secondary in particular has also restricted their aggression toward the ball. They need to find a happy medium between making a play on the ball and picking up a fine for an illegal hit - however it is the league is defining an illegal hit this season.