After being injured and subsequently waived with an injury settlement, White gets a second chance at a rookie season in the NFL with New England.

The New England Patriots may have missed out on Emmanuel Sanders, but they did manage to grab another player who used to play for the Pittsburgh Steelers. 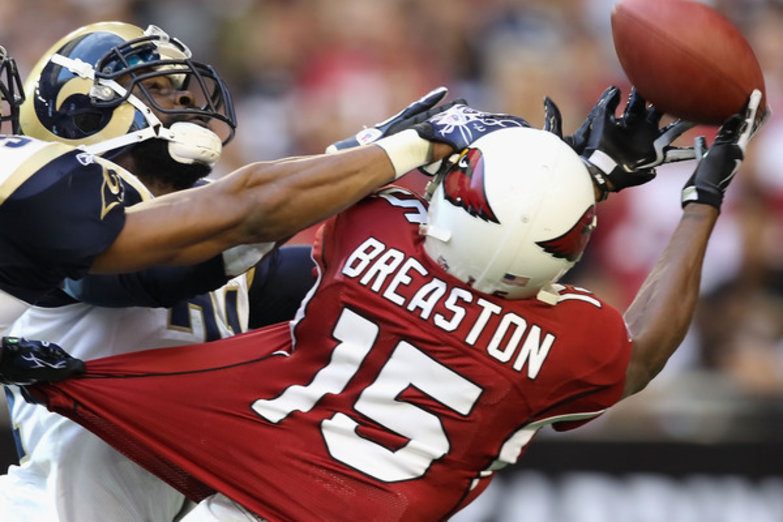 The Steelers were once figured to be the next team of free agent wide receiver Steve Breaston. He's visiting with the Lions in his home state, according to multiple reports.

The Steelers originally signed White as a rookie free agent out of Michigan State University following the 2013 NFL draft. All 330 pounds of White's enormous frame reportedly showed up to the Steelers rookie orientation weekend out of shape, and was later waived injured.

After clearing waivers, he reverted back to the team's injured/reserve list. Once he was determined as 'healthy', Pittsburgh outright released him. Now, he will be getting a second chance at a rookie season with New England.

White was a disappointment for Pittsburgh, who had hoped he would fit the nose tackle role once defined by Casey Hampton - big, strong and immovable. Perhaps had he shown up in a shape other than just round, he may have pushed Alameda Ta'amu, Hebron Fangupo and Omar Hunter for the right to back up presumed starter Steve McLendon.

No word yet as to what shape he showed up as in New England.