The big, but often belittled running back has heard every joke running. Now he's ready to walk the walk and let his running do the talking.

Talk can be cheap, but give Pittsburgh Steelers running back Jonathan Dwyer a penny for his thoughts, and he will tell you what he thinks about all of the fat jokes and one particular Pittsburgh Post-Gazette columnist.

The fact many Steelers fans take issue with Dwyer's past problems with conditioning and physical fitness is no secret. Dwyer found himself buried in head coach Mike Tomlin's doghouse after showing up to his rookie season overweight and often out of breath. His lack of conditioning also contributed to his inability to avoid injury, killing any chance of getting back in his coach's good graces.

Dwyer vs. Redman, one may get cut 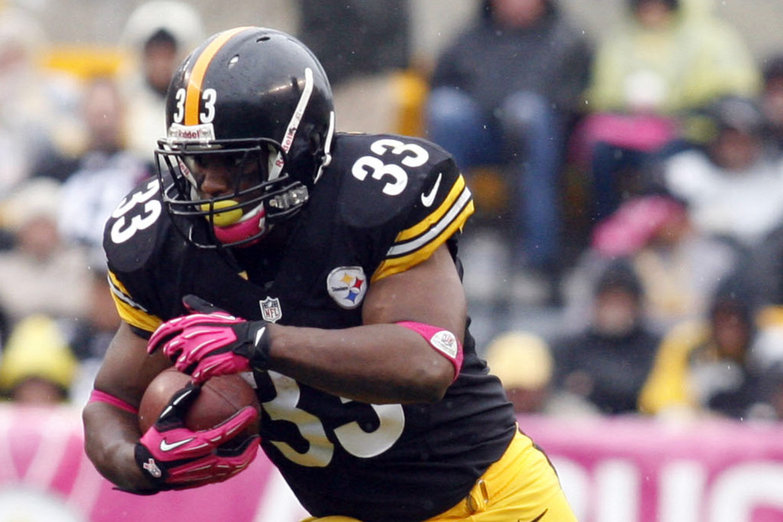 If you had to pick one, which running back will remain on the team, asks BTSC's Neal Coolong

He returned in 2011 in a shape much closer to the one which got him drafted by the Steelers originally in the sixth round of the 2010 NFL draft, but he still had a long way to go. He eventually did make the field late in the season, recording one 107 yard rushing performance which benefited from a 76 yard scamper. However, when the season was over he found out coach Tomlin still wasn't pleased.

In the final team meeting before they would break for the summer, Tomlin put a picture of Dwyer up in front of everyone and notified the young man if he didn't shape up for the following season, he would be unceremoniously shipped out.

Dwyer showed up in good enough shape to make Tomlin stay his career execution, but he still remained third on the depth chart behind Isaac Redman and the injured Rashard Mendenhall. By season's end, Dwyer had recorded two more 100 yard games, but not before being benched for two others for fumbling a football. By the end of the season, Dwyer had fewer fumbles than his cohorts, and even earned the right to start over Redman and a dejected Mendenhall.

Despite posting more yards and a better yards-per-carry average than his battery mates, fans were more enamored by his exuberant "tapping out" than they were his rushing exploits on the field. Dwyer claimed the removing of his self from games after long runs was more a plan by the coaches than it was an inability to continue. He also went so far to add 2013 would find him in the best shape of his life.

However, Dwyer is still a big guy. Even though his weight appears unchanged, it has yet to be seen if he has improved his respiratory conditioning. Unfortunately, most people - or at least, Ed Bouchette - can't take their eyes off of his gut and backside.

If Dwyer was unable to maintain the proper training regimen, it will most likely be because of the birth of his son over the off-season. Ben Roethlisberger had the good misfortune to see his son born while missing time from a SC joint separation suffered in Week 10 against the Kansas City Chiefs. Roethlisberger returned for the final four games of the season, then returned home to his wife and son once his team was officially eliminated from the playoffs.

Fortunately for Roethlisberger, nobody really cares what shape quarterbacks arrive in as long as they retain their arm strength and accuracy. He also tends to get the benefit of the doubt for the two Super Bowl victories he has been a part of. Dwyer has no such accolades to grant him the same kind of leniency. He has already worn out both of his second chances, and is unlikely to receive a third with rookie Le'Veon Bell already expected to take over as the team's leading rusher.

Players may not be able to lose their starting jobs because of injury in Pittsburgh, but evidently they can lose them for being out of shape. Dwyer is no longer just fighting for his starting position, he's fighting for his career's survival. His fate has been in his own hands since the 2012 season officially concluded. Now he can only hope he has done enough.

Once the players take the field a week from now, the truth will be known. Either Dwyer was able to train like was necessary, or Bouchette's claim of his demise will prove accurate. If Dwyer loses his job because he did not take enough personal responsibility for himself, he will have no one but himself to blame.