2013 Steelers schedule: Only the Jets know who they will be this year

Looking over the Steelers road games for the 2013 season, the New York Jets, Pittsburgh's opponents in Week 6, host the Steelers after their bye week. That's usually a good time for a road game against a team that will have to figure out an identity by then.

Share All sharing options for: 2013 Steelers schedule: Only the Jets know who they will be this year

The Steelers will have four games played, a trip to and fro Wee Britian, and a week off before facing the traveling comedy troupe that is the New York Jets.

It seems like even Rex Ryan only might have an idea what kind of team the Jets will be this season.

Oakland will continue to be a tough win for Pittsburgh 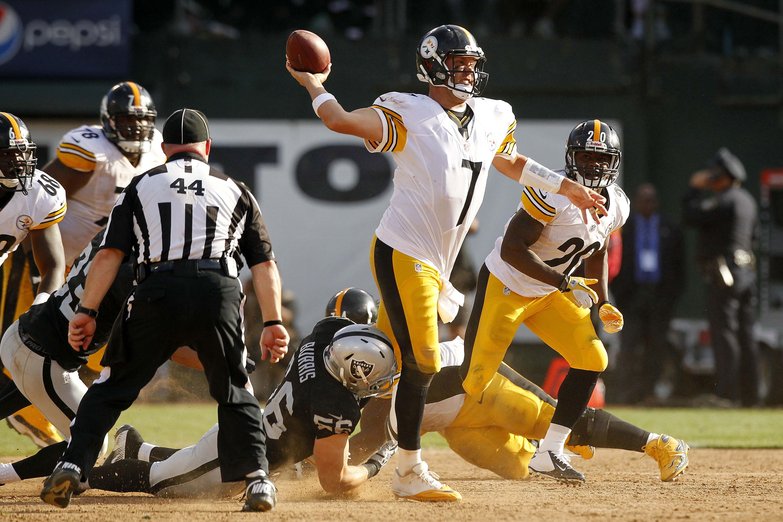 the 2,000-plus mile trek to Oakland stands out as one of the more difficult games the Steelers have in 2013, based on distance and history.

After a run of success that landed the Jets in the AFC Championship game in back-to-back seasons, 2011-12 have been utter disasters, and they don't appear to be any better off this year. Embattled QB Mark Sanchez never performs poorly enough in practice to assume it's time to make a move internally, but is outplayed at the position by his counterpart in pretty much every game he plays.

The Jets can no longer run the ball, and the famed Rex Ryan defensive innovations have stagnated, leaving them basically ineffective in three phases of football.

The Steelers have lost to worse Jets teams in New York though. The 4-12 Jets picked up one of their rare wins in 2007 by virtue of a 19-16 (OT) decision in the Meadowlands. The Steelers have beaten the Jets the last two times they've played - a down-to-the-wire win in the AFC Championship game after the 2010 season, and a 27-10 massacre in Pittsburgh last season.

Pittsburgh's defense shredded Sanchez over four quarters, leading to one of his worst passing performances of the season (10-for-27, 138 yards).

Will Sanchez - presumed to be the Jets' Week 1 starter - still be under center for the Jets in Week 6? The Steelers sure hope so, but oddly, Sanchez, in three career games against the Steelers, has performed pretty not-bad; 49-for-79 (62 percent), 541 yards and three touchdowns without having thrown an interception.