Steelers Emmanuel Sanders feels 'there is nothing to prove'

Emmanuel Sanders provides insight into his mindset of the upcoming season, as well as the locker room dynamics of a team poised to continue the illustrious legacy of the franchise.

Share All sharing options for: Steelers Emmanuel Sanders feels 'there is nothing to prove'

Recently Steelers receiver, Emmanuel Sanders, had taken part in the "Ask the Steelers" segment where fans submit questions that are selectively answered by players and then published on the team's website, steelers.com.

Fans of the team asked questions that ranged from asking where Sanders finds his motivation to how the addition of Richard Mann as a position coach is going over with the receiving corps. While most of the answers came off as standard responses to inquisitive fans, some of them provided a bit more insight than others. 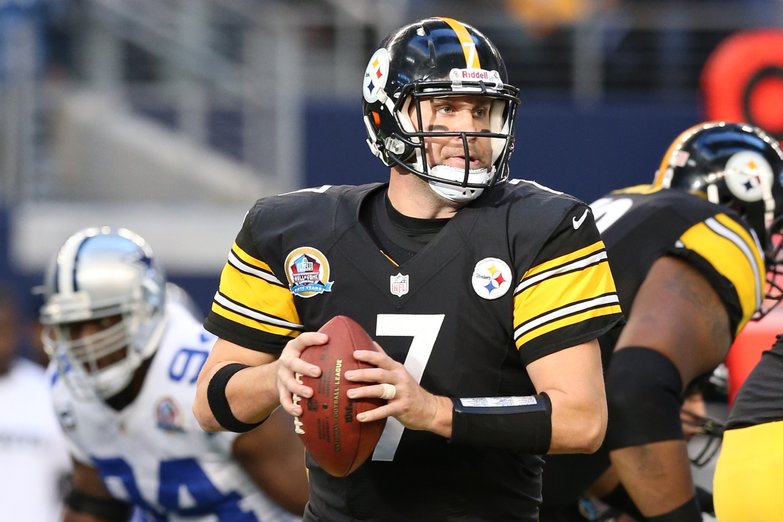 Ben Roethlisberger said his right knee felt fine when in London promoting the Steelers' Week 4 game there. Upon arriving at training camp, it's being reported he still has some pain.

When a fan asked, "Do you feel like you need to prove the Steelers did the right thing matching the offer and that you need to come out and have a big season?" Sanders responded, "There is nothing to prove. I just have to continue to be Emmanuel Sanders ... I just have to stay focused and run my race."

One's initial reaction after reading that response could lead them to wonder why a 2010 third round draft pick would not feel as if he has anything to prove. Especially when he has yet to accumulate 630 receiving yards in a single season, has only five total touchdowns in his first three years in the NFL and just got signed to a one-year tender for $2.5 million. Furthering that pondering, the next question might ask if there should be more of a sense of urgency from Sanders to entrench himself in the Pittsburgh roster for years to come with a stellar season.

A better way to view Sanders' responses would be to step back and read into how Sanders responded to the questions that inquired about the oncoming NFL season. From a holistic approach you can get a sense that Sanders' responses are more from a poised member of a team than an entitled player who feels as if his contributions to the team have been enough to justify his roster spot.

Other responses from the receiver showed just how serious he and his teammates are taking every step of preparation to the 2013-2014 NFL season. "Seeing improvement every day motivates me. I want to be the best that I can be. I am working hard, staying focused on a consistent basis," he says in response to a fan's question about his motivation. He talks about catching anywhere between 100-150 footballs a day and consistently running routes in order to perfect his craft at receiver. "I have to run my race, stay focused and continue to make plays," he says reaffirming his work ethic. This is all to say, Emmanuel Sanders doesn't mean he won't be looking to improve in 2013, but that he will remained focused and continue his work to be a better option in Todd Haley's offense.

But what speaks loudest in this post is his description of how the team is working this off-season. "8-8 was said through the locker room every day during the off-season while we were working out. We were embarrassed by that and don’t want it to happen again." Playoffs aren't enough for this receiver to be satisfied with a season. When asked how it felt to see the team's nemesis, the Baltimore Ravens, win the Super Bowl, he responds, "I don’t want any team to win the Super Bowl unless it’s the Pittsburgh Steelers. We have to be in there this year."

Sure, you can take away from this that Sanders only had a standard question and answer session with some Steelers fans. But what can be seen from reading between the lines is the poise and focus of a primary weapon on a team that is not changing its demeanor. 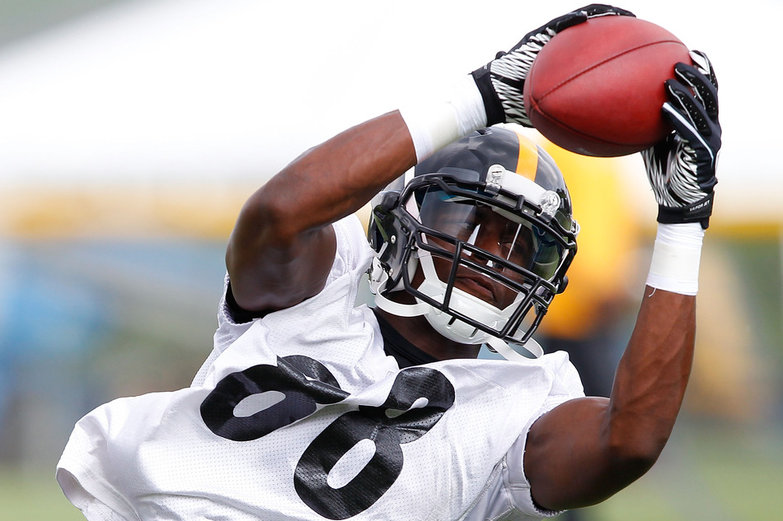 The Steelers matched an offer sheet from the Patriots because they expect Sanders to be their top receiver this season; but before it has even begun, he is already expecting a little something more.

This team does not take losing lightly, but it also does not go into a panicked frenzy when it loses. The Steelers have proven this dogma time again with their season-to-season results. When the team went 6-10 in 2003 with Tommy Maddox at quarterback, it made a sharp turnaround the next season with the franchise's best 16-game regular season record at 15-1. As questions loomed the following year after quarterback Ben Roethlisberger had severely struggled in both 2004 playoff games (despite winning one of them) as to whether the young Roethlisberger could play well in the playoffs, the team won the Super Bowl with Roethlisberger scoring a touchdown in each of their four postseason games.

After 2006, an 8-8 season where Roethlisberger had his worst statistical season, the team made the playoffs and subsequently won the franchise's sixth Super Bowl in the 2008-2009 NFL season. This trend continued with a Super Bowl appearance after missing the playoffs in 2009 and now leads us to where the franchise stands today.

While the Steelers stretched and went through their warm-up routines just before Super Bowl XLIII against the Arizona Cardinals, former Steelers' lineman Tunch Ilkin observed the manner which the Steelers carried themselves going into the biggest game of the season. "There is a quiet confidence. They are not awed by being here." Ilkin saw what can be seen in every season with this franchise; that the players, coaches and various units on the team were all focused on the ultimate goal of a Super Bowl.

The Steelers have had several recent vulnerable points in their history to crumble as a team and be forced to rebuild their nucleus. However each time they have risen to the occasion and continued the glorious Steelers legacy that the franchise's fans have appreciated over the decades. In no situation did they institute drastic changes in their system or implode the team's entire nucleus to seek a new identity; instead they play to the strengths of their players and work to put together the best results possible.

Sanders' calm demeanor and sense of there being nothing to prove should not be looked at as a sign that he is content with his end-season results so far. It is more of a sign that this player, who in his fourth year of his professional career, is determined to win the game that the Steelers were outscored by less than a touchdown during his rookie season. Sanders will not accept mediocrity and knows he must be more productive in 2013 than he has been in of his previous seasons. But instead of trying to prove himself to be a different kind of player than what he has worked to become so far in his career, he plans to continue working to improve his skill-set in order to further develop upon the foundation of where he is at now as an NFL player.

What has always been an important element to the Steeelers' swagger is its 'business as usual' demeanor. Whether in the Super Bowl preparing to face Larry Fitzgerald and Kurt Warner or training to rebound from the team's first non-winning season since 2006, the Steelers embrace their mantra, 'the standard is the standard,' and prime themselves to achieve the organization's only standard of a successful season, a Super Bowl victory.